This week on "Sunday Morning" (April 10) 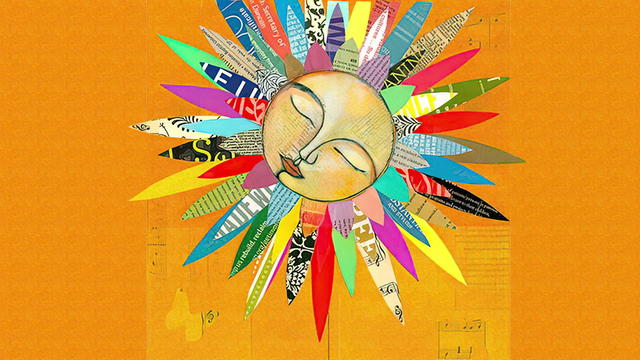 Host Jane Pauley.
HEADLINES: Russia's massacres in Ukraine and the prosecution of war crimesInvestigators have already begun compiling masses of evidence of war crimes committed against Ukrainian civilians by Russian forces. CBS News national security correspondent David Martin talks with Ambassador Beth Van Schaack, and with Richard Goldstone (chief prosecutor for the international tribunal that convicted Serbian leaders for ethnic cleansing in Bosnia in the 1990s), about the pursuit of justice, and whether Russian President Vladimir Putin himself might face indictment and arrest for war crimes.
For more info:
COVER STORY: Bill Browder on unweaving the global web of money launderingAs an early investor in Russian companies following the breakup of the Soviet Union, financier Bill Browder learned firsthand how Vladimir Putin's government operated like an organized crime operation. And when his lawyer Sergei Magnitsky was tortured and died in a Russian prison for pursuing justice against government fraud, Browder went on a mission to fight money laundering, in Moscow and around the globe. Correspondent Seth Doane talks with Browder, author of "Freezing Order: A True Story of Money Laundering, Murder, and Surviving Vladimir Putin's Wrath."
For more info:
FINANCE: "Crypto for dummies": The how, what and why of virtual currencyBitcoin is just one of thousands of digital currencies on the market, that have proven a boon for speculative investors. But what can you actually use crypto for? As of now, not much, says correspondent David Pogue, who looks into the problems cryptocurrency has to overcome before it's ready for the mainstream.
For more info:
LITERATURE: "The game is afoot" at a NYC Sherlock Holmes exhibitNot so "elementary," the collection of Sherlock Holmes memorabilia assembled by lifelong Holmes fan Glen Miranker includes rare editions, illustrations, and private notes and correspondence from Holmes' creator, Sir Arthur Conan Doyle. Correspondent Faith Salie visits the exhibition, "Sherlock Holmes in 221 Objects," at New York City's Grolier Club, to deduce the public's timeless fascination with the immortal detective.
For more info:
MUSIC: The Randy Rainbow story: How his satirical songs went viralHis music videos lampooning politicians and culture warriors have made comedian Randy Rainbow (truth: his real name) a social media sensation. Correspondent Rita Braver goes behind the scenes of Rainbow's viral videos, produced in his bedroom with a cast of one (joined by presidents, lawmakers and media figures), that are renowned for their musicality and political bite.
For more info:
PASSAGE: In memoriam
BROADWAY: Beanie Feldstein on playing Fanny Brice, the original "Funny Girl"After 58 years, the very first revival of the musical "Funny Girl," about famed Ziegfeld Follies comedienne Fanny Brice, is opening on Broadway, starring "Booksmart" actress Beanie Feldstein. Correspondent Mo Rocca explores how Barbra Streisand's performance in the original stage production and 1968 movie made her a superstar; and talks with Feldstein about Brice's influence on generations of female comic actresses, and why she's been preparing to play Brice her entire life.
For more info:
HARTMAN: Driving blind
TV: "The First Lady": How Michelle Obama, Betty Ford and Eleanor Roosevelt changed WashingtonA new 10-part series on Showtime, "The First Lady," explores the private lives of some of the most revered public figures in American politics. CBS News' Lesley Stahl sits down with Michelle Pfeiffer (who plays Betty Ford), Viola Davis (Michelle Obama), and Gillian Anderson (Eleanor Roosevelt) about how they approached the roles of women who used the often-hidden power of their positions to change the course of history.
To watch a trailer for "The First Lady" click on the video player below:
For more info:
MUSIC: Woody Guthrie and the songs of AmericaWhen he died in 1967 at just 55, Woody Guthrie left behind more than 3,000 songs, whose plain words and simple melodies continue to tell the story of a nation. "Sunday Morning" host Jane Pauley looks back at the life of the folk artist who sang of America's destitute and dispossessed, of miners, sharecroppers and factory workers, and of farmers whose soil had turned to dust – in short, about Americans' perseverance and possibility. His music is now captured in a New York City exhibit at the Morgan Library, "Woody Guthrie: People Are the Song."
For more info:
NATURE: TBD
THE BOOK REPORT: New picks from Washington Post book reviewer Ron Charles (April 10)
"HERE COMES THE SUN": A candid chat with comedian Amy Poehler, and a restaurant with history (Video)Amy Poehler is always funny, but Luke Burbank got a bit of her serious side, too. And Martha Teichner goes to a Savannah restaurant with a rich, complex history.
The Emmy Award-winning "CBS Sunday Morning" is broadcast on CBS Sundays beginning at 9:00 a.m. ET. Executive producer is Rand Morrison.
DVR Alert! Find out when "Sunday Morning" airs in your city
"Sunday Morning" also streams on the CBS News app beginning at 10:30 a.m. ET. (Download it here.)
Full episodes of "Sunday Morning" are now available to watch on demand on CBSNews.com, CBS.com and Paramount+, including via Apple TV, Android TV, Roku, Chromecast, Amazon FireTV/FireTV stick and Xbox.
Follow us on Twitter; Facebook; Instagram; YouTube; TikTok; and at cbssundaymorning.com.
You can also download the free "Sunday Morning" audio podcast at iTunes and at Play.it. Now you'll never miss the trumpet!
source: https://www.cbsnews.com/news/this-week-on-sunday-morning-april-10-2022/