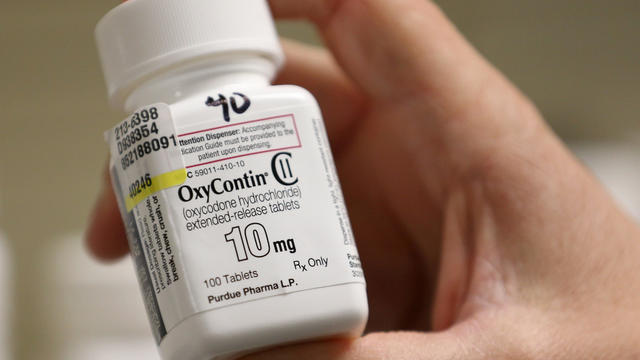 More than 20 employees from consulting firm McKinsey worked for the U.S. government on issues related to the opioid epidemic while also doing the same type of consulting for major opioid makers like Purdue Pharma, according to a new congressional report.
McKinsey, one of the world's most prestigious consulting firms, has been double-dipping with drugmakers and the U.S. Food and Drug Administration for years, creating a "serious conflict of interest" for the company, the report alleges. The report also found McKinsey officials used their contract with the government to drum up even more consulting work with private companies.
The U.S. House Oversight Committee, which released the 53-page report on Wednesday, said McKinsey did not disclose its conflicts to the FDA. The committee's chairwoman Carolyn Maloney called McKinsey's actions "egregious" and said the company needs to answer for its actions.
"Today's report shows that at the same time the FDA was relying on McKinsey's advice to ensure drug safety and protect American lives, the firm was also being paid by the very companies fueling the deadly opioid epidemic to help them avoid tougher regulation of these dangerous drugs," Maloney said in a statement.
McKinsey didn't immediately return a request for comment. In a statement posted on its website on April 13, the consulting firm defended its work as "lawful," but added that it "fell short of the high standards we set for ourselves."
Opioid overdoses accounted for half a million deaths between 1999 and 2019, according to U.S. Centers for Disease Control and Prevention data. OxyContin, manufactured by Purdue Pharma, was billed by the company at the time as safe to use around the clock, prompting physicians to prescribe the drug for chronic pain and injuries. But OxyContin and other highly addictive drugs classified as opioids have trapped countless Americans into cycles of addiction, leading to millions of broken lives and deaths.
Victims of the epidemic testified in a virtual hearing against Purdue Pharma in March. The extraordinary bankruptcy court hearing placed two dozen victims or their relatives in direct confrontation with three members of the Sackler family that owns Purdue Pharma. Purdue Pharma and other pharmaceutical companies have paid billions in settlements for their role in fueling the opioid crisis.
McKinsey itself paid a $573 million settlement for its role in helping opioid makers promote their drugs to Americans.
McKinsey acknowledged in its statement that some staff members consulted for opioid makers and the FDA simultaneously, but added that its consulting work for the FDA wasn't drug-related.
"McKinsey's work for the FDA has focused on administrative and operational topics, including improvements to organizational structures, business processes and technology," the statement read. "We have not advised the FDA on regulatory decisions or on specific pharmaceutical products."
In its statement, McKinsey added that it plans to cooperate with the House committee to address any additional questions. The company said it reviews conflicts of interest when taking government consulting work, but "if potential conflicts cannot be appropriately addressed, we will not do the work."
The report found that McKinsey completed 76 consulting contracts with the FDA between 2008 and 2022, which netted the company $140 million. Between 2004 and 2019, McKinsey completed 75 contracts with Purdue Pharma or its affiliates, according to the report. Some of the McKinsey staffers who consulted for both the FDA and Purdue Pharma included senior consultants Navjot Singh and Jeff Smith, the report found.
The committee report also states that McKinsey tried to convince opioid manufacturers on three separate occasions — through email and in-person presentations — to sign up for additional consulting contracts centered on increasing sales of opioids.
In one incident in 2009, McKinsey gave a slide presentation pitching its capabilities to a group of drug manufacturers. In a bullet point detailing its experience McKinsey states that it has "Supported regulatory bodies directly, and as such has developed insights into the perspectives of the regulators themselves."
McKinsey said in its statement that it stopped advising clients on opioid-related issues in 2019.
Khristopher J. Brooks is a reporter for CBS MoneyWatch covering business, consumer and financial stories that range from economic inequality and housing issues to bankruptcies and the business of sports.
source: https://www.cbsnews.com/news/mckinsey-fda-opioid-purdue-pharma-jeff-smith/