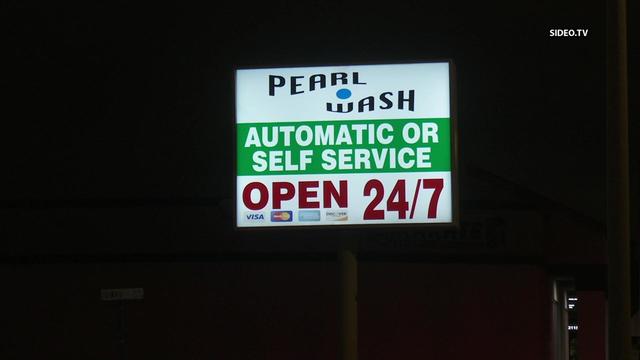 A 56-year-old man died after getting trapped inside a car wash in Escondido, California, in San Diego County, authorities said.
The Escondido Police Department received a report of an unresponsive man inside a self-service car wash on Friday, according to a news release. When officers arrived, they found the man, who has yet to be identified, trapped between his car and the car wash machinery.
The man appears to have driven into the car wash then tried to exit his 2014 Scion XB, which then rolled forward and pinned him against the machinery, the preliminary investigation found. It is unclear why he tried to get out of the car, according to the press release.
The car wash has an automated side where customers stay inside their car as it is pulled through the wash, according to CBS San Diego, citing City News Service, which aggregates news in Southern California.
When an alarm went off, a bystander found the man and called police. When officers arrived, CPR was administered and the man was taken to a nearby hospital, where he died.
Police say it does not appear the car wash was active at the time.
Caitlin O'Kane is a digital content producer covering trending stories for CBS News and its good news brand, The Uplift.
source: https://www.cbsnews.com/news/carwash-death-man-dies-trapped-inside-car-wash-escondido-san-diego-california/