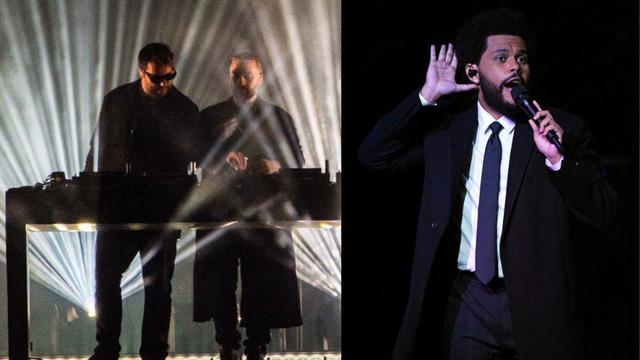 Swedish House Mafia and The Weeknd will officially replace Kanye West as headliners at the 2022 Coachella Valley Music and Arts Festival. Major outlets, including Entertainment Tonight, reported last week that West would no longer be performing.
When the Coachella lineup was announced, West, who legally changed his name to Ye last year, said in a now-deleted statement that he would invite rapper Travis Scott to perform during his set. The Coachella appearance would have been Scott's first major public performance since the November tragedy at Scott's music festival Astroworld, while left nine dead after a massive crowd surge.
Now, Swedish House Mafia and The Weeknd will take over, playing both April 17 and April 24. Artists Harry Styles and Billie Eilish will headline the other two festival weekends, with performances throughout from Lil Baby, Megan Thee Stallion, Stromae, Doja Cat, Maggie Rogers and more.
The Party & The After Party pic.twitter.com/8gT2bF3x5j
West's withdrawal as a headliner comes amid criticism over some public comments and social media presence. He was scheduled to perform at Sunday's Grammy Awards, where he won awards for Best Rap Song and Best Melodic Ramp Performance, but was banned from the event following comments he made about the show's host Trevor Noah.
During an episode of "The Daily Show," Noah criticized West's response to his divorce with ex-wife Kim Kardashian and related it to domestic violence many women, including Noah's own mother, receive when they leave relationships.
"What she's going through is terrifying to watch and shines a spotlight on what so many women go through when they choose to leave," Noah said. After calling Noah a slur on Instagram, West was temporarily suspended from the social media app.
He's also been criticized for antagonizing Kardashian's boyfriend, Pete Davidson. The day after West's divorce from Kardashian was finalized, he released a video for his song "Eazy," which featured a claymation character heavily resembling the "Saturday Night Live" comic. The video showed the character being kidnapped and buried, and ended with the character's severed head held by a character that looked like West.
"At this time, Ye is committed to a healthy co-parenting relationship with Kim and is and focused on raising their beautiful children," a representative for West told Entertainment Tonight.
source: https://www.cbsnews.com/news/swedish-house-mafia-the-weeknd-coachella-kanye-west/