Goodhue back for Crusaders, but All Blacks prop ruled out

All Blacks midfielder Jack Goodhue makes his Super Rugby return for the Crusaders this weekend, but they've lost All Blacks prop Joe Moody to injury. 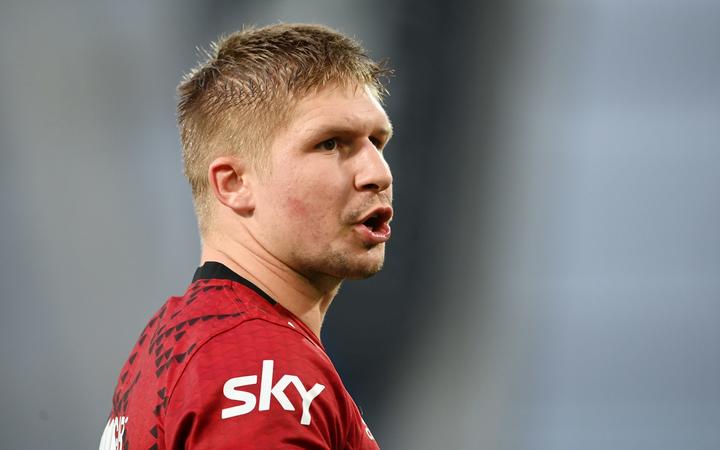 Goodhue will start at second-five against the Rebels in Melbourne on Sunday evening.

Goodhue has been out of action for 12 months after suffering a serious knee injury playing against the Hurricanes in Wellington last April.

The Crusaders are now preparing for a four-match tour in Australia, starting with their Anzac weekend fixture against the Rebels, the last game in Super Rugby Pacific's 'Super Round'.

Goodhue will start alongside Braydon Ennor in the midfield, with David Havili being rested this week.

There are two further changes in the Crusaders backline to face the Rebels; Mitch Drummond joins the run-on team at halfback in place of Bryn Hall, while Will Jordan will sit out this weekend's match altogether and George Bridge takes the starting spot at fullback.

In the forwards, Joe Moody has been ruled out of the Crusaders tour of Australia with a knee injury he sustained against the Blues, meaning fellow All Black George Bower will start at loosehead prop and Tamaiti Williams joins the reserves.

In the Crusaders' second-row stocks, Sam Whitelock makes a timely return in the absence of regular Captain Scott Barrett (suspension), while there is a reshuffle in the loose forwards with Tom Christie also rested this week, with Ethan Blackadder moving to openside flanker, and Pablo Matera stepping into the starting side at six.

Hooker Codie Taylor will captain the side in the interim, while Whitelock and first five-eighth, Richie Mo'unga, have been named vice-captains.