Boris Johnson has been fined by the police for attending a birthday party thrown for him during a Covid-19 lockdown. 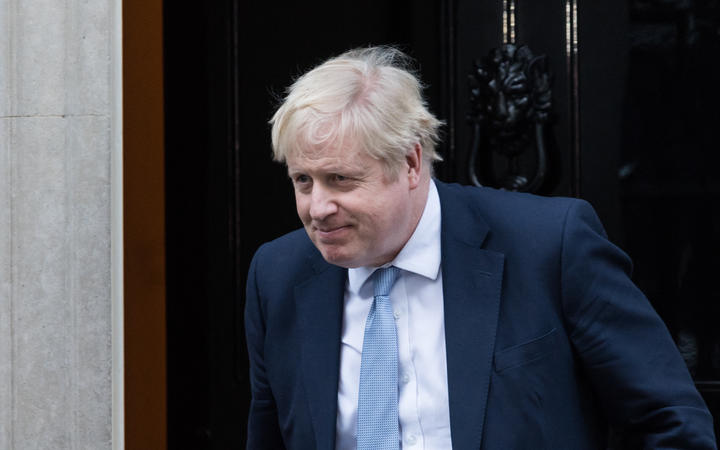 The prime minister confirmed he had paid the fixed penalty notice (FPN) for going to the hour-long gathering in the Cabinet Room on 19 June 2020.

Chancellor Rishi Sunak has also been fined, while the prime minister's wife Carrie Johnson confirmed she had paid an FPN relating to the same event.

Johnson apologised but said he would not resign over the incident.

"I accept in all sincerity that people had the right to expect better," he said in an interview at his Chequers country retreat.

"[But] now I feel an even greater sense of obligation to deliver on the priorities of the British people."

The FPNs come as part of a Metropolitan Police investigation into illegal parties that broke Covid-19 rules in Downing Street.

Johnson's fine makes him the UK's first serving prime minister to be sanctioned for breaking the law.

Labour leader Sir Keir Starmer, Scotland's First Minister and SNP leader Nicola Sturgeon, and Wales' Labour First Minister Mark Drakeford are among those calling for both the prime minister and the chancellor to resign.

All the main opposition parties in Westminster have demanded Parliament be recalled from its Easter break.

The Metropolitan Police is looking into 12 alleged law-breaking gatherings across Whitehall.

So far, more than 50 fines have been handed out, with more expected.

Speaking to reporters, the prime minister claimed the event he was fined for was "a brief gathering" that lasted "less than 10 minutes".

He added: "In all frankness, at that time it did not occur to me that this might have been a breach of the rules.

"But, of course, the police have found otherwise and I fully respect the outcome of their investigation."

Johnson also said he understood the anger the public might feel that he "fell short when it came to observing the rules that the government I lead had introduced to protect the public".

But asked if he would resign, he replied: "I want to be able to get on and deliver the mandate that I have [and] also to tackle the problems the country must face right now, and to make sure that we get on with delivering for the people of this country.

"That is my priority."

A spokesperson for Sunak said he had not been told which event the fines were linked to.

However, he was reported to be at the same gathering for the prime minister's birthday - said to have been attended by 30 people.

The Covid 19 Bereaved Families for Justice group said there was "simply no way either the prime minister or chancellor can continue" in their jobs, calling their actions "truly shameless".

And the SNP's Westminster leader, Ian Blackford, said the PM and chancellor had "insulted the millions of people who faithfully followed the rules".

The Green Party echoed calls for the pair to resign, while Liberal Democrat leader Sir Ed Davey said: "This is a government in crisis neglecting a country in crisis."

Scottish Tory leader Douglas Ross called Johnson and Sunak's behaviour "unacceptable", but he said removing them during the war in Ukraine "would destabilise the UK government when we need to be united in the face of Russian aggression".

Some ministers have also tweeted their support for the prime minister, with Amanda Milling insisting he continued to be "the right person to lead the country".