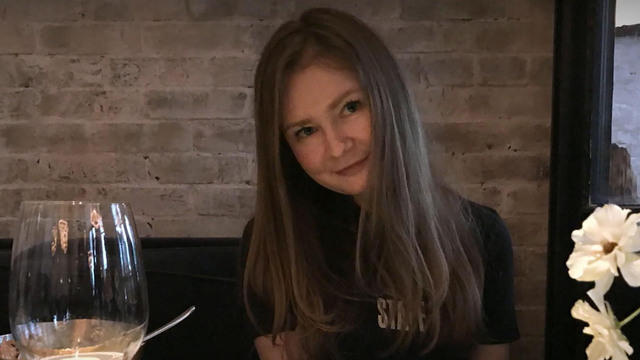 It was Anna Sorokin's lavish ways that first drew Rachel Deloache Williams in. At the time when the two met through mutual friends, Sorokin presented herself as a young German heiress named Anna Delvey, who wanted to start an exclusive art foundation in New York.  "She lived full time in a hotel. She was very cavalier with her spending," Williams told CBS News' Jericka Duncan.  But Williams said it wasn't the expensive hotel rooms and designer outfits that made her become friends with Sorokin.  "Yeah, she picked up the tab sometimes in the hotel but that isn't why we were friends," Williams said. "What I was interested in was how big her dreams her, how ambitious she was."  The two took a trip together in 2017 to Morocco. Millions of people have seen that trip depicted in the fictional Netflix miniseries "Inventing Anna." Williams described the moment when things took a dramatic turn after the posh hotel they were staying at asked for a credit card.  "These managers came into the villa and said to Anna basically, 'you guys cannot leave the premises until there's a functioning card on file,'" she said. "Anna keeps making promises about a wire or about needing to call someone or waiting on calls to be returned and there was just no alternative."  After putting her own cards down, Williams was charged roughly $62,000. She says Sorokin promised to pay her back—but only received $5,000.
When Williams eventually went to the police, she learned Sorokin had also targeted hotels and banks.  Getting away with lavish spending on someone else's dime is something con artists can do very easily, according to psychologist and professor of communication at Stanford University Jeff Hancock.    "They don't have the same emotional landscape, right? So they tend to have more callous emotion. They tend to be less empathetic. So the reason that you and I don't lie very often is because it feels bad, but for them it doesn't," he said.  "One of the reasons that they can be such good liars is they can convince themselves of a lot of things. And this kind of self-deception has always scared me beause it's like, how can somebody know they're lying and believe themselves?" Hancock added.  In 2019, Sorokin was convicted of grand larceny and theft of services. Williams' allegations were part of the criminal complaint against her.  Sorokin was sentenced to between four and 12 years in prison but was released in February 2021. She was taken into custody by the Immigration and Customs Enforcement agency on charges of overstaying her visa.
In March, Sorokin appeared on the "Call Her Daddy" podcast and said that she does not consider herself a con artist and "never intended to criminally permanently harm anybody."  Williams ended up writing a book about her experience. It was published by Gallery Books, part of Paramount, which owns CBS News.  "I think it's important when, you know, to understand how manipulation happens," Williams said.    She told Duncan that she does not want an apology from Sorokin.  "I have no wish for any engagement as far as Anna's concerned," she said.  Sorokin was acquitted of the charges of stealing from Williams. An attorney for Sorokin declined CBS News' request for an interview.
While infamous schemes have recently made their way onto TV screens, for those who say have been scammed the wounds cut deep.  "If it's too good to be true, it is," Hancock said. "These con artists know what they're doing. They know to manipulate people and time pressure is one of them. When something doesn't feel right slow down. And if you can't slow down then there's definitely something wrong."
source: https://www.cbsnews.com/news/rachel-deloache-williams-anna-sorokin/