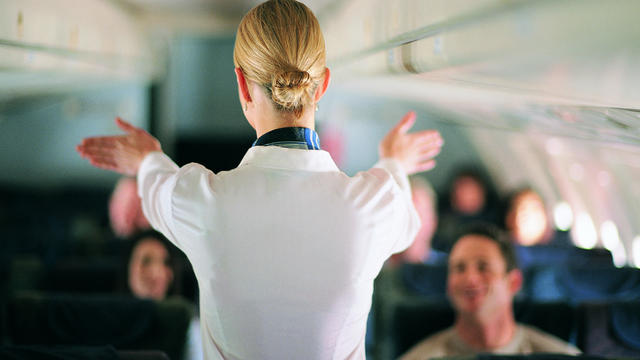 Unruly air travelers in the U.S. will still face hefty fines and possible criminal charges even if one major point of contention — having to wear face masks on planes — is largely no longer an issue.
The Federal Aviation Administration is making permanent its "zero-tolerance" policy against unruly passengers, the FAA said on Wednesday.
"Behaving dangerously on a plane will cost you; that's a promise," Billy Nolen, the agency's acting administrator, said in a statement.
The FAA's move to keep stricter rules in place comes days after most major U.S. airlines said they would no longer require passengers wear masks, rules that angered some passengers and led to multiple attacks on airline workers.
Adopted in early 2021 after the January 6 attack on the U.S. Capitol, the tougher rules authorize the FAA to impose fines of up to $37,000 for each violation by those who threaten or assault others on a commercial aircraft. Typically, the agency has sought to discourage such behavior with formal warnings before resorting to financial penalties.
The FAA can also refer people to the Justice Department for criminal prosecution. As of mid-February, it had referred 80 cases for investigation. The agency is also working with the Transportation Security Agency to revoke TSA PreCheck for unruly passengers fined by the agency.
The FAA received almost 6,000 reports of unruly behavior on flights in 2021, including assaults on crew members or other passengers, according to the agency. Of the more than 1,200 cases of unruly passengers reported this year through mid-April, about 800 were related to masks, FAA figures show.
Such incidents continue, with a passenger on Wednesday arrested on disorderly conduct and other charges after allegedly deploying a plane's emergency slide and exiting the aircraft at an airport in Buffalo, New York.
source: https://www.cbsnews.com/news/faa-masks-mandates-unruly-passengers/