When Jess Maclennan hobbled off the court with her third serious injury in 2018, she thought her elite netball career was over.

So when Maclennan stepped out on court for the Tactix on the weekend after answering an SOS call, it was a surreal moment.

"I still don't really believe that it's kind of me in here doing it but it's really cool and I'm really proud that my kids get to see who I was before they arrived, it's cool for them to see me playing," Maclennan said. 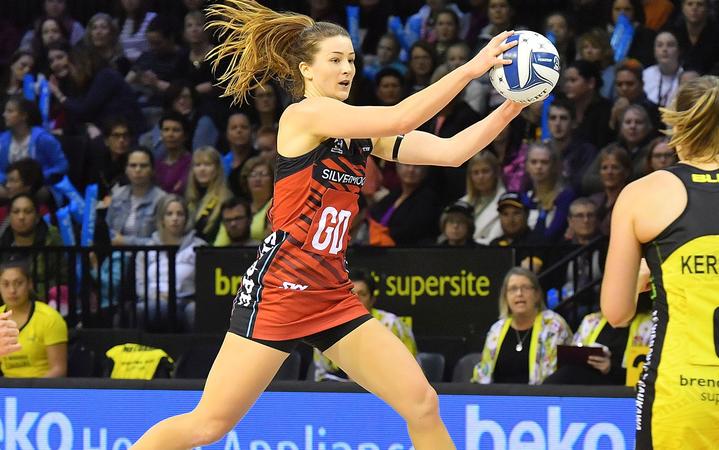 Jess Maclennan back in 2018, shortly before her second ACL. Photo: © www.Photosport.nz 2018

The 32-year-old had not played any netball since doing her right ACL just two rounds into the 2018 ANZ Premiership.

"None, no clubs. I literally hadn't touched a netball until I came in a few weeks ago."

That was when Tactix coach Marianne Delaney-Hoshek contacted her to see if she would consider coming along to training while the team was grappling with Covid.

In their loss to the Stars on Saturday, Maclennan came on midway through the second quarter and played 30 minutes of ANZ Premiership netball.

"It was a really exciting moment for me and my family, to get back on court after such a long time away and my career ending on not the best terms, ending on an ACL injury, so it was pretty cool."

To say Maclennan had an unlucky run of injuries is an under-statement.

In 2014 she did her achilles, then two years later she suffered a ruptured ACL in her left knee, which ruled her out of most of the 2017 season.

But after doing her other ACL in 2018, even the eternally optimistic defender thought it was probably her last game at the elite level.

"I remember very vividly the physio coming over to me and I knew that I'd done my ACL, I just could feel it.

"I tried not to make a big deal of it but she came over and asked what happened and I was like 'I've done my ACL ...I think that's my career' - I genuinely said to her at the time 'I think that will be me'."

As the captain of the Tactix, Maclennan had post match interview duties but was told she didn't have to do them given the circumstances. 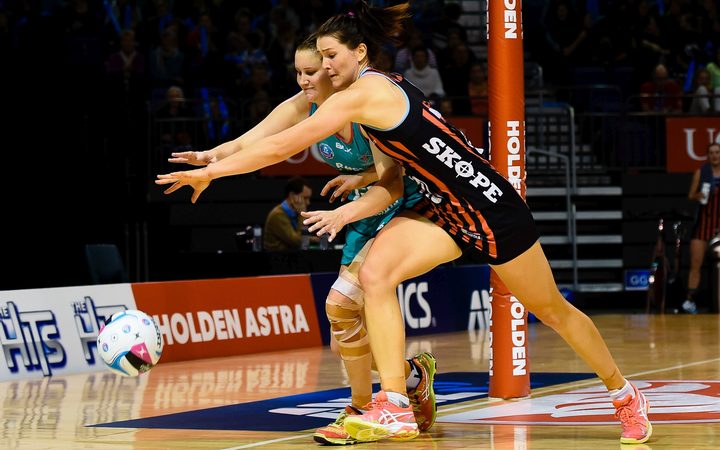 Jess Maclennan was a key part of the Tactix for years. Photo: Photosport Ltd 2016 www.photosport.nz

Maclennan had already shown so much resilience after coming back from her two previous injuries.

"With each injury is that I just worked so hard I'm one of those people that follows what the physio says to the letter. I knew it was out of my control and they were freak accidents but it was still pretty hard to take at the time.

"After the third one I thought maybe it's time for me to have a wee break away."

Maclennan started a family and the registered dietician was able to focus more on her nutrition business.

She also works in schools around Canterbury with young athletes.

"That's my passion I really love working with people around nutrition. I was lucky I had that to go back to and I had another career I could step into post netball."

It didn't take Maclennan long to remember how to play when she went along to Tactix training to help out the depleted squad, while players were coming down with Covid.

"The first pass I caught, I was just thankful I caught it and it took me definitely a training to remember that catching and landing and seeing your options is actually a really hard skill to do.

"So it did take me a little bit to feel like I was getting it back again but it did amazingly come back."

Delaney-Hoshek then asked if she could play in a game against a men's side because the Tactix's other matches were postponed.

"So about a week and a half ago, I had a full game at goal keep. That was the first game that I had played in four years and then I was pulled in for the week and there I was on Saturday playing." 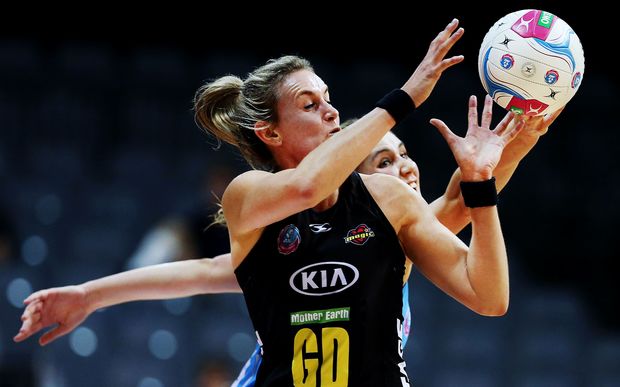 Maclennan said she was grateful that after having two children, her body allowed her to get back on court.

"I was fairly sore the day after but I love training, I've always been someone who just loves training.

"But my exercises looked very different. Where I used to train for four to six hours during the netball season a day I was doing 20 to 30 minutes on a YouTube video with a child hanging off me.

"My preparation was obviously not the same but I think there's always an element of base fitness and strength there from just being an athlete for 12 years, it doesn't really leave you. I was still training but nothing like this."

At the age of 44 former Silver Fern Leana de Bruin recently came out of retirement to play a full game for the Magic, answering a similar SOS call.

Maclennan said it wasn't an easy thing to do, but putting yourself out there in vulnerable situations was an innate part of being an athlete.

"The potential for me to look silly was huge; I haven't played in four years ...I think that's part of why you do what you do, that vulnerability is kind of part and parcel of it and that's also the times when you get the most reward is when you do something that's quite scary."

Maclennan will bib up again tonight with the Tactix taking on the Stars in Auckland but she might not be needed for much longer with the side approaching full strength again.

Maclennan was happy to step in whenever she was needed.

"Teams are doing an amazing job making it work when it has been quite difficult; we never had to deal with the challenges that they're dealing with from a Covid perspective so it's pretty amazing."