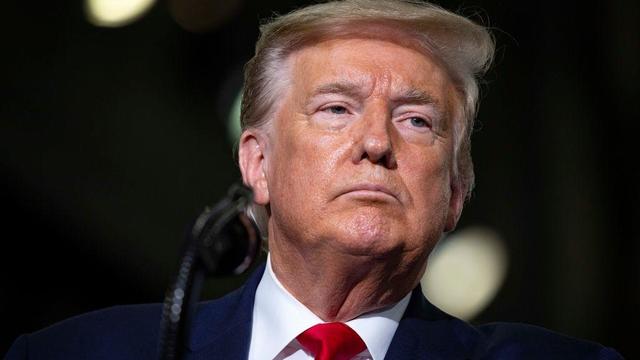 An attorney for Donald Trump hit back Tuesday at an effort by New York Attorney General Letitia James to have the former president held in contempt, claiming he doesn't have documents demanded by James.
James' office asked a state judge on April 7 to issue an order of contempt against Trump, saying he failed to comply with a previous ruling requiring him to turn over documents by March 31 as part of an investigation into his company's financial practices.
Trump attorney Alina Habba said in a filing late Tuesday night that Trump's team attempted to comply with the subpoena, but determined he was not in possession of any of the documents sought by the attorney general. Habba wrote that she informed the attorney general's office that Trump's eponymous company may have the documents being sought, which include personal statements of financial condition, tax audit materials and insurance-related documents.
"While this result may be to the (Attorney General's) dissatisfaction, the fact is that a diligent search was performed and found that (Trump) is not in possession of any of the requested documents," Habba wrote.
James' office also requested that Trump be fined $10,000 a day until he complies with the ruling. Habba called the proposed fine "excessive" in Tuesday's filing.
In its April 7 filing, James' office also accused the Trump Organization of "restricting" a third-party firm tasked with conducting discovery in the case.
Trump and two of his children, Donald Trump Jr. and Ivanka Trump, were ordered on Feb. 17 to appear for depositions in James' long-running civil fraud probe. They appealed the order to appear, but did not at that time challenge a separate part of that ruling in which Trump was ordered to comply with a subpoena "seeking documents and information."
The judge ordered Trump to comply with the demand for documents and information by March 3, and later extended that deadline to March 31 — a date that was agreed to by both sides at the time, according to a court documents.
James' office did not immediately return a request for comment. On April 7, she said in a statement that, "Instead of obeying a court order, Mr. Trump is trying to evade it."
James' office claimed in a February press release that its wide-ranging investigation has collected evidence "showing that Donald J. Trump and the Trump Organization used fraudulent and misleading financial statements to obtain economic benefit." The initial focus of the probe was on whether the Trump Organization inflated the valuations of assets while seeking loans and insurance coverage, and deflated their value to reduce tax liability.
James' investigation was cited by accounting firm Mazars USA in a Feb. 9 letter recanting a decade of financial statements compiled for the Trump Organization. As part of its probe, James' office is also seeking information from a second accounting firm that did work for Trump's company, RSM US LLP.
On April 8, James' office filed a motion to compel the real estate firm Cushman & Wakefield to comply with subpoenas related to appraisal work done on several Trump properties. A company spokesperson said in an April 11 statement to CBS News that "any suggestion that Cushman & Wakefield has not responded in good faith to the Attorney General's investigation is fundamentally untrue."
Trump and his company have repeatedly denied all allegations of wrongdoing. He called the investigation "unconstitutional" in a Dec. 20 phone call with CBS News, and referred to himself as "an aggrieved and innocent party." That day, Trump filed a federal suit aiming to halt James' investigation.
Jame's investigation has run parallel to a separate criminal probe run by the Manhattan District Attorney's office. That investigation, which on July 1, 2021 led to charges against the Trump Organization and its CFO, appears stalled.
Two leading prosecutors, Carey Dunne and Mark Pomerantz, resigned in February, less than two months after newly-elected Manhattan DA Alvin Bragg took office, succeeding Cyrus Vance Jr., who launched the investigation in August 2018. In Pomerantz's resignation letter, which was published in The New York Times, Pomerantz wrote that Vance "concluded that the facts warranted prosecution," but that Bragg had "reached the decision … not to seek criminal charges at the present time."
Bragg said in a statement Thursday that the investigation "is continuing" and that his investigators and prosecutors are "exploring evidence not previously explored."
Graham Kates is an investigative reporter covering criminal justice, privacy issues and information security for CBS News Digital. Contact Graham at [email protected] or [email protected]
source: https://www.cbsnews.com/news/donald-trump-contempt-new-york-letitia-james-documents/