'We have a huge demand for food': Even Shanghai's billionaires can't find milk and bread

It's known as a city that never sleeps and where Chinese elites reside. 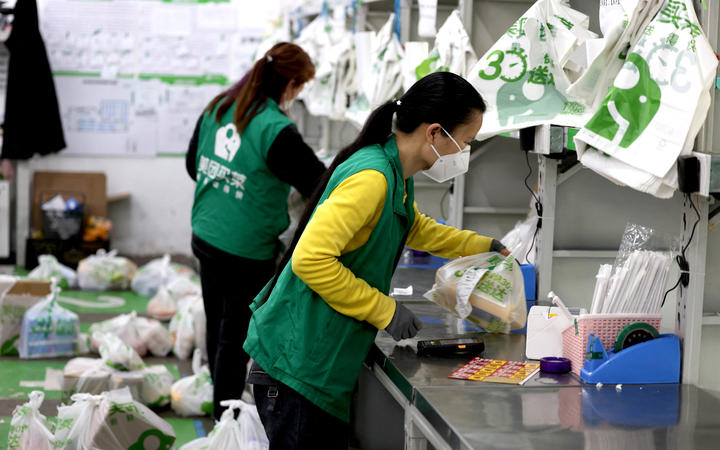 But now even the richest residents in Shanghai are facing food shortages due to a strict Covid-19 lockdown that has been in place for three weeks.

Last week, a screenshot of a WeChat message in which Kathy Xu asked to join trading groups for bread and milk went viral on Chinese social media.

Nicknamed "the Queen of Venture Capital", Xu is the founder and president of Capital Today, with personal wealth estimated at $3.3 billion, according to Hurun Global.

She is also known as the investor behind the success of China's multi-billion-dollar tech giants such as e-commerce platform JD and delivery app Meituan.

The screenshot shows she lives in a high-end property in Shanghai's Pudong District, which is equivalent to the most expensive suburbs in Sydney.

But like many residents of China's richest city, Xu has now turned to social media platforms in order to obtain groceries.

With supermarkets shut and deliveries restricted to stop the spread of Covid-19, many people are finding food is either out of stock or unable to be shipped in time.

The 55-year-old billionaire later posted on her WeChat confirming the message was hers.

"My son brought a few classmates to our house and we now have 12 people living together. We have a huge demand for food, so I will also join the buying groups in the neighbourhood," she wrote.

But Xu is not the only member of China's upper class who has suffered during Shanghai's lockdown. 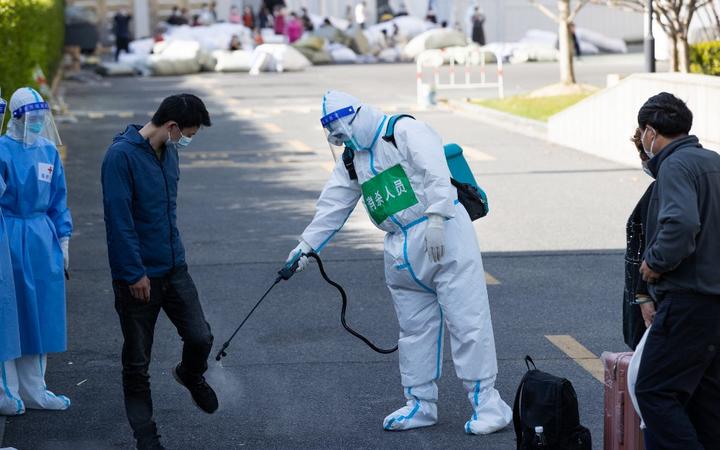 Professor Lang said on his Weibo account his mother had appeared to be suffering from kidney failure and she "only needed one injection" as treatment.

However, she was stopped outside the emergency department at a top hospital in Shanghai.

Under Shanghai's current Covid-19 restrictions, everyone is required to undergo a PCR test before they access medical services.

"My mother did a PCR test at a hospital, and for four hours there was no result coming out," Lang wrote on Weibo.

"I was so shocked about this.

"After waiting at the emergency department entrance for four hours, my mother passed."

He said he wanted to go to the hospital to help his mother but, due to restrictions, had to plead with government officials "for a long time" to get permission.

He also could not find a car because the city was in lockdown.

Despite his desperate efforts to reach her, he was not with his mother when she died.

"This tragedy could have been avoided," he wrote.

"I hope it will not happen again."

Meanwhile Liuliu, a famous script writer in China, posted on WeChat Moment that his 75-year-old mother had a heart attack after testing positive for Covid-19 and being forced into a quarantine hospital.

Liuliu was a script writer for a state-sponsored TV series that featured healthcare workers in China's first lockdown in Wuhan in 2020. 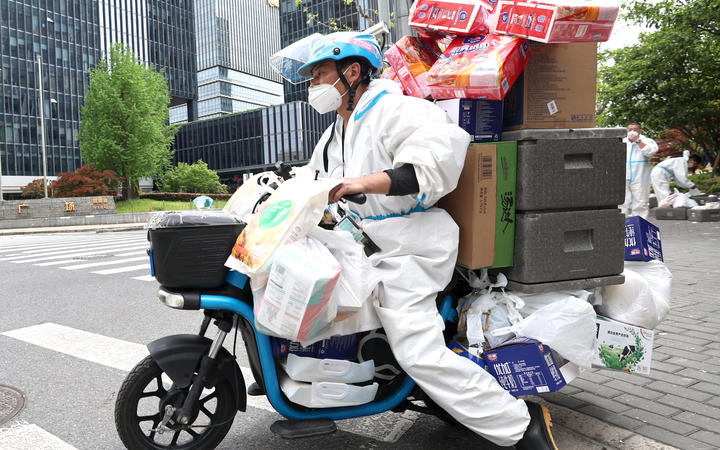 While Shanghai attracts elites, celebrities and professionals due to its status as an international financial hub, a huge wealth gap exists in the city of 26 million.

According to government data, the average disposable income in the urban centre in 2021 was $AU17,449.28 - twice as much as those living in the countryside surrounding Shanghai.

This week, Shanghai officials announced they would begin easing lockdown measures, allowing 4.8 million residents to go out on the street.

But many people still confined to their homes are suffering from food shortages and long delays for deliveries, while waiting for the government to distribute necessities.

Many residents now trade food and goods with neighbours, while organising buying groups to secure food orders from e-commerce platforms.

But for those who are in urgent need of medical care, help may never arrive.

Some residents are turning to social media sites such as Weibo to ask for help, but their posts are then deleted from the platforms.

On WeChat, an audio recording of a conversation between a Shanghai resident and a local official was censored after it went viral.

In the recording, the man said he had made several calls to different government departments to get permission to acquire his medication but he had not heard back from them for days.

"I finished my medication. I don't have food either. I feel very bad," the resident said.

But the official said he could only do so much.

"It's not just you [who needs help]," the official said.

"I tried my best to send a pregnant woman to hospital today, and then I had been busy dealing with matters of an elderly person's [death].

"It's not that we didn't want to help - we tried, but there's nothing we could do." 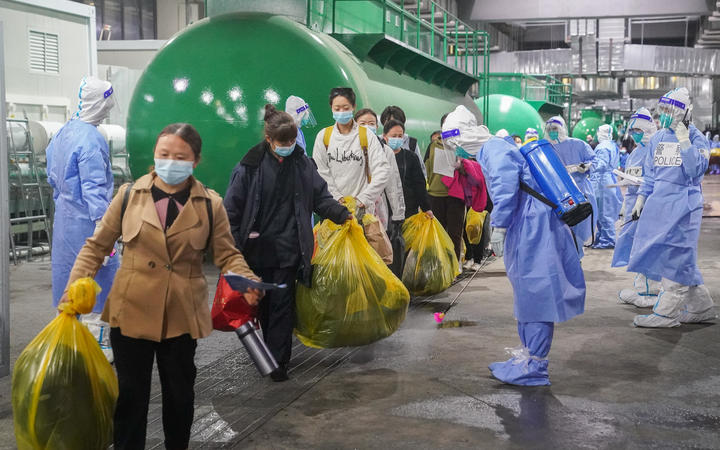 Human Rights Watch senior China researcher Yaqiu Wang said the situation in Shanghai might be far worse than anyone realised.

She said people who posted on social media were usually people from the middle class, and the welfare of lower-income residents remained unknown.

"The scale of suffering is enormous, and what we know is just the tip of the iceberg," Ms Wang said.

While Shanghai has captured international headlines, there is little domestic coverage about lockdowns in smaller cities such as Changchun, which has been facing an outbreak since February.

BBC Chinese reported on 14 April that a woman in Changchun was detained and fined by police after shouting at visiting officials about residents facing food shortages.

Currently, nearly 400 million people in China are in lockdown due to its Covid-zero policy.

While Shanghai is in lockdown, China's President Xi Jinping is staying away from the epicentre, but still emphasising his country will stick to its Covid-zero policy.

On 10 April, state media reported that Xi was in Hainan, 2366km away from Shanghai, for a three-day visit.

His itinerary included visiting a local seed lab and a marine science institute.

Richard McGregor, a senior fellow for the Lowy Institute, said for Xi, the Covid-zero strategy was no longer a scientific policy, but a political dogma.

He said from the Chinese government's perspective, the policy was rational because the country's health system would struggle with outbreaks if it ripped it up.

McGregor said Beijing would not accept such a result due to the upcoming party congress during which Xi would seek a third term as president.

"If you did lift Covid-zero and allow the spread of the virus, I think a lot of people would die," he said.

"And I think the government can't really accept that [outcome] in such a politically sensitive year."