Windy and unfavourable weather conditions have put efforts to fight a large fire south of Invercargill on hold. 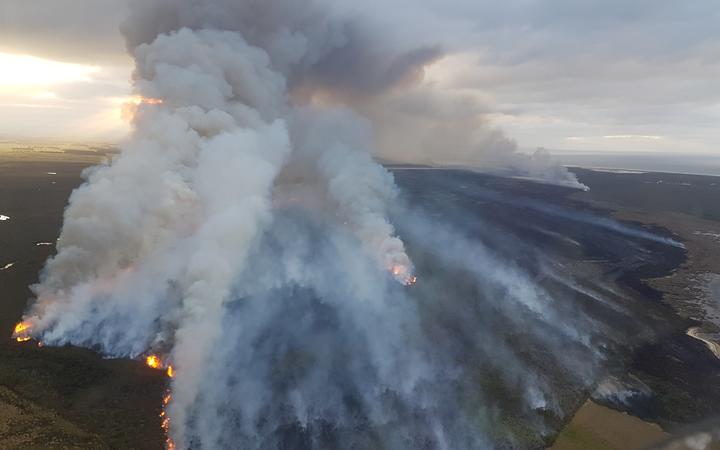 An image of the fire burning in peat at Awarua, south of Invercargill, on 3 April, 2022. Photo: Fire and Emergency NZ

The fire at Awarua has burnt through more than 1300 hectares of conservation wetlands.

Strong winds have grounded helicopters, and firefighters stopped activity around 10am.

He said thermal imaging drones will be used once conditions ease, and the plan is to strengthen the perimeter to prevent the fire from spreading.

Mawhinney said there will be 30 to 40 firefighters and six aircraft working on the fire tomorrow.