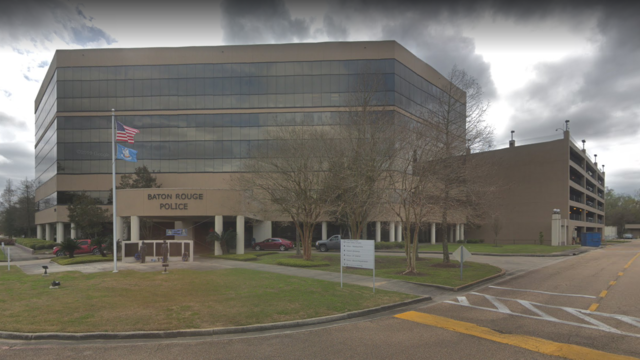 A 4-year-old girl is dead after her grandmother allegedly forced her to drink from a bottle of whiskey while her mother watched, Baton Rouge Police said.
Sgt. L'Jean McKneely, a police spokesperson, told news outlets the little girl's grandmother, Roxanne Record, 53, and mother, Kadjah Record, 29, were arrested Friday, each on a charge of first-degree murder. It was unknown if either of them had an attorney who could speak on their behalf.
Officers were sent to a Baton Rouge home around 11 a.m. Thursday after reports of an unresponsive child. The child, 4-year-old China Record, was pronounced dead at the scene, police said.
The East Baton Rouge Parish Coroner's Office said an autopsy showed a cause of death was acute alcohol poisoning. The little girl had a blood-alcohol level of .680%, more than eight times the .08% driving limit for an adult, authorities said.
The Advocate, citing booking documents for the grandmother, reports the grandmother and mother became angry after the girl drank from a soda bottle containing whiskey.  While investigating, detectives say they learned the victim's grandmother forced her to drink a bottle of the alcohol while the mother watched. The bottle was believed to be more than half full, the outlet said.
An arrest warrant cited by WAFB-TV stated Roxanne Record told investigators "she messed up" and "wanted to take full responsibility" for the child's death.
The grandmother also said that "this went too far" and she had "ruined everyone's lives," detectives said in the arrest documents, the Advocate reported.
The investigation remains ongoing.
source: https://www.cbsnews.com/news/girl-dies-drinking-whiskey-grandmother-mother-charged-baton-rouge/