'Not welcome' - Wellington residents fed up with Miramar protest

A Wellington city councillor fears a group occupying a bay on Miramar Peninsula could cause an ecological crisis and wants them to go home. 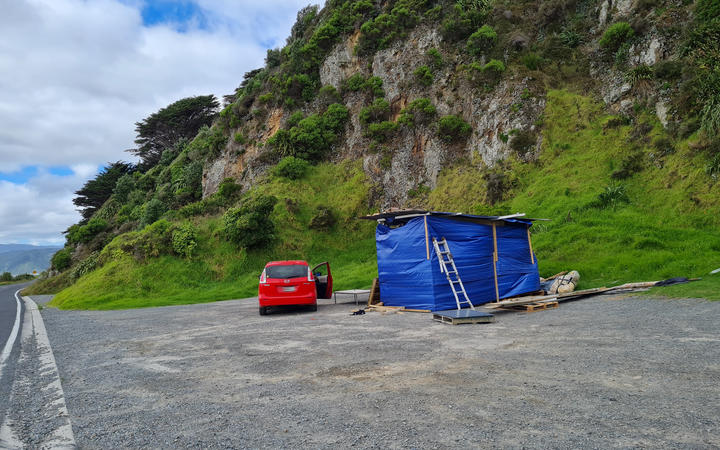 Protesters have been camped at Miramar Peninsula for more than a month, since the Parliament protest ended. Photo: RNZ / Rosie Gordon

A settlement of protesters has been at Mahanga Bay since the Parliament protest was shut down and after being told they were not welcome at the nearby occupation of Shelly Bay.

Driving into Mahanga Bay, structures including tents and a house truck are nestled into the rugged and relatively untouched bay.

Wellington Councillor Teri O'Neill said there appeared to be 100 people camped out at the main site and presumed they were using the bush and beach as a toilet because there was no toilet or waste disposal at the site.

It was not clear to RNZ how many people were there.

Clearing predators off Miramar Peninsula has been a focus for conservationists. O'Neill said millions of public dollars had been spent on that effort with much success but the occupation puts that at risk.

"Right now, we're seeing that there's no waste collection, there's potentially human waste going into the water stream and that will change the ecosystem.

"Potentially in a matter of months, we are undoing over a decade worth of conservation work in the area," she said.

O'Neill wanted the protesters to leave.

"I would like them to go home. I think our natural environment has been put through the wringer.

"I think neighbours have been put through the wringer. I think the best result is for everybody to just go home at this point. You've had your fun." 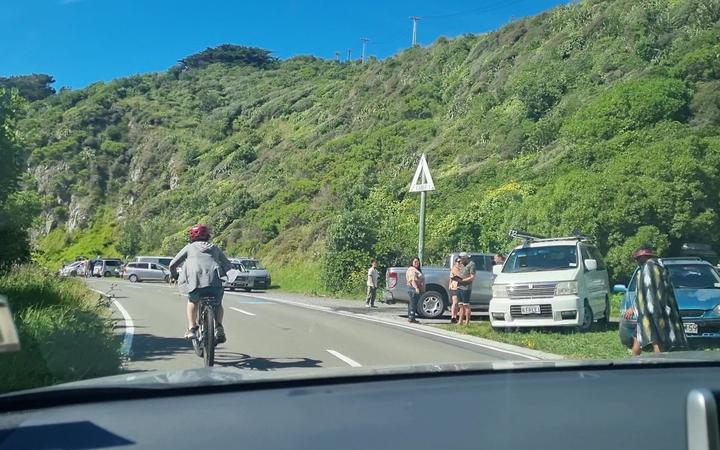 Protesters' vehicles are seen parked alongside the ring road near the northern end of the Miramar Peninsula on 3 March, 2022, a day after the protest occupation at Parliament grounds was quashed. Photo: RNZ

But the land is owned by NIWA so the Wellington City Council cannot trespass them.

NIWA told RNZ it no longer carried out research from Mahanga Bay, so its operations were not affected by the protesters.

However, NIWA was negotiating to sell the land, and that sale required vacant possession. Despite that, NIWA has not taken any action.

"There was no real urgency and that initial occupation was reasonably well contained," a spokesperson said.

O'Neill has written to the Wellington Council's chief executive Barbara McKerrow to ask what the council could do, in the hopes she would make an operational decision to step in on the matter of public health and safety. 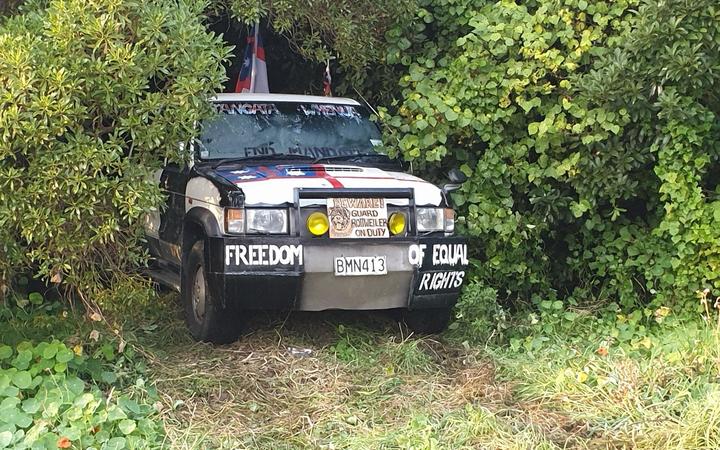 A vehicle covered in protest slogans is seen parked on the Miramar Peninsula, Wellington, on 4 March, 2022, two days after anti-mandate and other protesters were expelled from Parliament grounds. Photo: RNZ

Miramar resident Valerie Morse has cycled past the occupation a few times and said the isolated area felt unwelcoming.

"The people in the community out here on the peninsula are feeling that they can't go and use that area, that they don't want to go out that way. So I guess the question is, is what's the council's approach?

"What's NIWA's approach, what is a kind of concerted response to this and does this need to be a community organized response if these organizations and government agencies aren't going to do anything about this?"

Mau Whenua, a group of Taranaki Whānui members who oppose the controversial development at Wellington's Shelly Bay, said protesters at Mahanga Bay were not welcome to join them as the groups did not share the same kaupapa.

A spokesperson, who did not want to be named for fear of receiving threats, said that was made clear to protesters when they arrived at Shelly Bay after the anti-mandate occupation at Parliament ended.

Police have not received any specific complaints about protesters at Mahanga Bay.