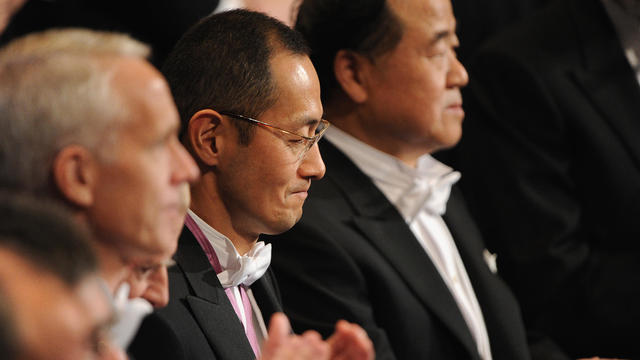 Tokyo – This month, a team of researchers at Osaka University declared an experimental treatment involving four patients suffering from corneal disease a success. The patients, who ranged in age from their 30s to 70s, received transplanted stem cells grown in the lab, known as iPS cells. Three had improved sight, and all were free of side effects one year later.
"This could be a revolutionary treatment that could overcome the challenges that existing treatment has faced, such as a shortage of cornea donors or transplant rejection," Koji Nishida, an Osaka University professor of ophthalmology, said at a news conference.
It was the latest in a flurry of iPS-related announcements in Japan as the country tries to carve a niche in "regenerative medicine" by culturing healthy cells to replace diseased, injured or non-functioning ones.
Induced pluripotent stem (iPS) cells are altered to revert to a non-differentiated "stem" state — the building blocks of most organs. The stem cells can then be used to repair human tissues or grow organs.
Japan has invested $970 million in regenerative medicine, focusing on iPS as a strategy for coping with the world's oldest population and as a source of future economic growth. iPS is particularly attractive for Japan, which has one of the lowest rates of organ donation in the industrialized world.
iPS stem cell research in Japan took off after 2012, when biologist Shinya Yamanaka received the Nobel Prize in physiology or medicine after he discovered how to transform mature skin or blood cells into immature stem cells, which can then become neurons, muscle, cartilage or heart muscle cells.
Yamanaka went into medicine after his own father contracted hepatitis C — a disease that became treatable 20 years later. Had iPS cells been available as a testing medium, he said, that treatment could have been developed much faster.
In the time since, numerous small-scale trials have been conducted for diseases like age-related macular degeneration, Parkinson's disease and arthritic disorders. In 2020, a six-day-old infant with a liver disorder received an iPS treatment that enabled the child to survive until it was old enough for a liver transplant. A stem cell transplant treatment was approved in 2019 for spinal-cord injuries in Japan.
iPS also offers hope for treating intractable and rare diseases like ALS - or Lou Gehrig's disease - and Alzheimer's.
And Yamanaka's findings offer a solution to the politically divisive dilemma posed by the use of embryonic stem cells, which rely on fertilized human eggs.
The development also eliminates the risk of transplant rejection of donor stem cells, since infinite lines of stem cells can be grown in a lab from as little as about two teaspoons of a patient's own skin or blood cells.
To reduce the massive cost and time needed to create iPS cells from each patient, a donor bank stockpile was set up in conjunction with the Red Cross that identified a tiny population of "super donors" whose blood can be used for many immunological types.
The corneal patients in the Osaka University trial received donor-generated iPS cells.
"I couldn't say Japan is leading the way with iPS because everybody, everybody's using it," David Cyranoski, a science policy researcher at Kyoto University's Institute for the Advanced Study of Human Biology, told CBS News. "It's such a powerful technology and it's so easy to adapt."
But while treatments using iPS offer hope for the future, approval is years away. "Stem cells themselves are harder to use than people thought," Cyranoski said, adding the therapies "haven't really proven themselves yet."
Despite hundreds of clinics in the United States offering unproven stem-cell therapies, which have been implicated in scores of deaths and injuries, the FDA has approved only blood stem cell transplantations for cancers and disorders of the blood and immune systems.
source: https://www.cbsnews.com/news/to-cope-with-the-worlds-oldest-population-japan-is-investing-in-ips-stem-cells/