The Stars have held on to beat the Tactix 56-48 in their first home game of the ANZ Netball Premiership season. 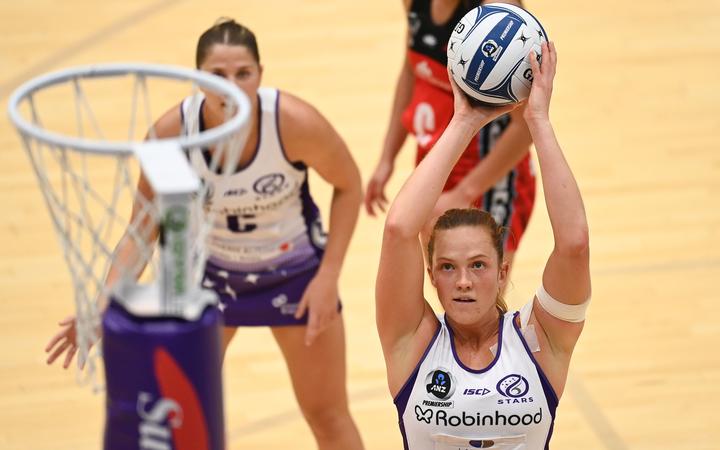 It took most of the match for the home side to subdue the tenacious Tactix who time and again fought back gamely to keep the contest well and truly alive. The outcome completed a clean sweep for the Stars from their three matches against the Tactix this season.

After playing just four days ago, the Tactix rebounded from a 12-goal loss in that instance to produce a more compelling outing in the latest clash but the Stars greater consistency and some key steals from impressive defender Elle Temu proved the difference.

Close all the way through, the Stars held their poise to deliver a dominant final quarter which sealed the deal, shooter Maia Wilson growing throughout the game to post a strong outing under the hoop with a 31 from 34 return.

With a backlog of catch-up games to be played, the Stars and Tactix completed their rescheduled Round 4 clash with full-strength rosters.

Goal attack Jamie Hume got the start for the Stars after having reduced minutes the previous week while the return of dynamic midcourter and captain Kimiora Poi, made all the difference to a strong start from the Tactix.

The non-stop efforts of Poi provided almost seamless through-court links for the visitors, their only blemishes being costly misdirected final passes before they settled into a groove. The Tactix attackers, with Ellie Bird and Te Paea Selby-Rickit showing fine touch with their strong connection under the hoop, got the better of the well-credentialled Stars defence line to edge to a 14-13 lead at the first break.

Hume made way for the play-making Amorangi Malesala on the resumption, the injection having immediate impact with fellow shooter Wilson lifting her game as a result.

The Stars were quick to level up proceedings with the lead changing hands a couple more times before the home side nudged their way in front. 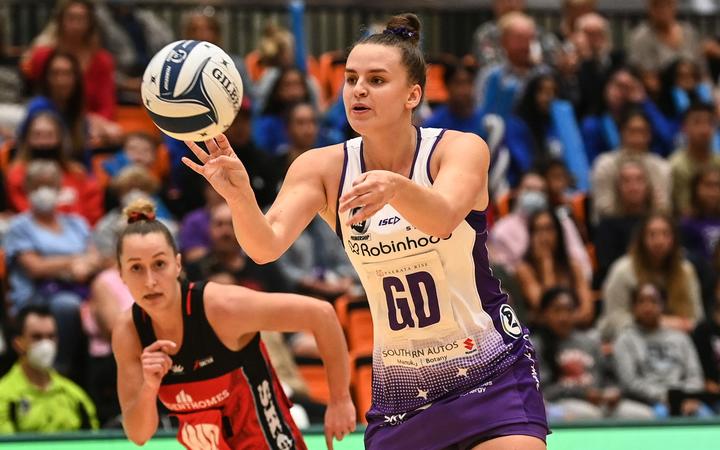 At the other end, Karin Burger and Kelera Nawai-Caucau did their bit as spoilers for the Tactix but a run of handling errors cost the visiting side, helping the Stars take a slim 29-27 lead into the main break.

With the game hanging in the balance, both teams made productive starts to the third stanza in a goal-for-goal impasse.

Stars midcourters Mila Reuelu-Buchanan and Gina Crampton produced consistently strong driving play to provide a good service to Wilson while the Tactix weren't helped by a lack of ball control. The resulting turnovers helped the Stars nose out to a five goal lead and a semblance of control.

As the Stars consolidated on their turnovers, the Tactix had challenges in the attacking third with their passing options against a well-connected defensive line and it appeared the tide had turned the way of the home side.

However, in the ever-changing nature of the game, the Stars had their own wobbles, allowing the Tactix to bounce back and level the scores.

Two late turnovers from Temu gave the Stars a 40-38 lead at the last turn, leaving the outcome still wide open.

The Stars are fourth on the table with three wins from four games and the Tactix are fifth with one win from five games.

The Stars now turn their attention to the Northern Mystics, with the Northern rivals facing off for the first time on Sunday in Auckland.