Pakistan Prime Minister Imran Khan could face removal from office this weekend, after the country's top court ruled his move to block a no-confidence vote was unconstitutional. 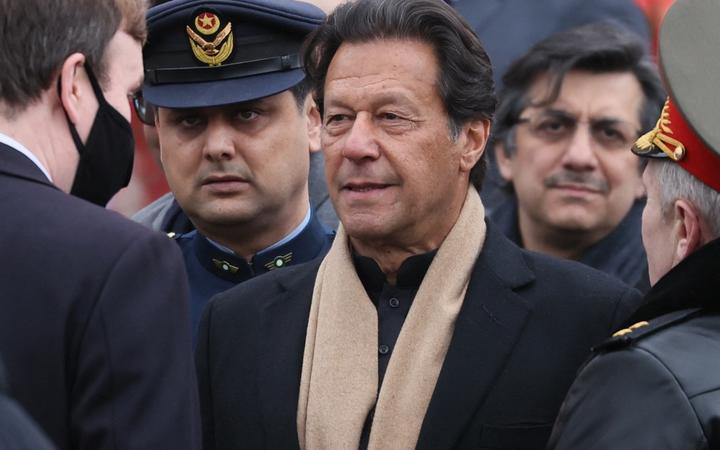 Last Sunday, Khan's ruling party blocked a no-confidence vote which he was widely expected to lose.

His government then dissolved parliament and called a snap election.

Furious opposition members launched an appeal with the Supreme Court to decide the legality of the blocked vote.

The Supreme Court said in a ruling late on Thursday that the vote should go ahead.

In response to this, Khan announced that he had called a cabinet meeting and would address the nation on Friday evening (local time).

"My message to the nation is that I have always fought for Pakistan and will continue to fight till the last ball," he wrote in a Twitter post.

News of the court's decision was met with cheers of jubilation by dozens of opposition members, who were gathered outside the supreme court. 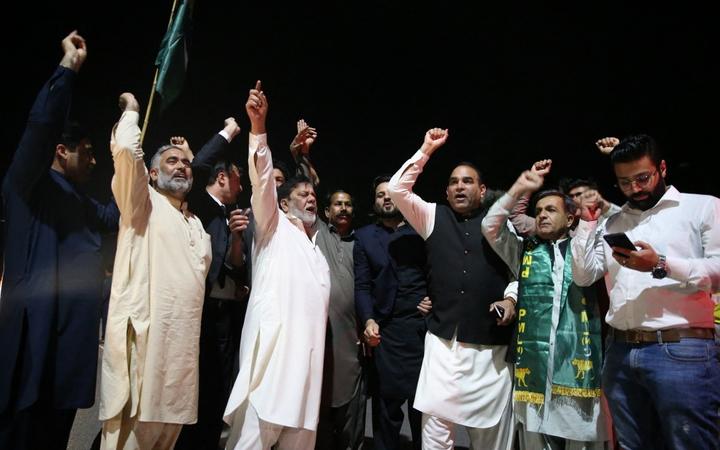 The leader of the Opposition in the National Assembly Shehbaz Sharif told local news outlets that the court had "definitely fulfilled the people's expectations".

But furious supporters of Khan chanted anti-American slogans in reply, as police in riot gear separated the two sides.

The Supreme Court has now ordered parliament to reconvene on Saturday to proceed with the vote, which is expected to go against Khan.

In the event he is ousted from power, the opposition parties are expected to appoint a new prime minister who can hold power until August 2023, when a new election is scheduled to be held.

In the days leading up to the vote, Khan claimed without evidence that the political opposition was in a conspiracy with the US to remove him because of his friendly relations with Russia and China. Washington has strongly denied his claim.

On Sunday, opposition lawmakers tabled the no-confidence motion to parliament.

But parliament's deputy speaker Qasim Suri - who also comes from Khan's political party- blocked the vote on grounds of this "foreign interference", effectively foiling any attempt to oust Khan from power.

On Thursday, the Supreme Court found that Khan's move to block the vote was illegal, saying it was "contrary to the constitution and the law and had no legal effect".

The court also ruled that Khan's decision to dissolve parliament was invalid. A dissolution of parliament would have mandated snap general elections to be held within 90 days, which Pakistan's electoral commission had declared was not possible. 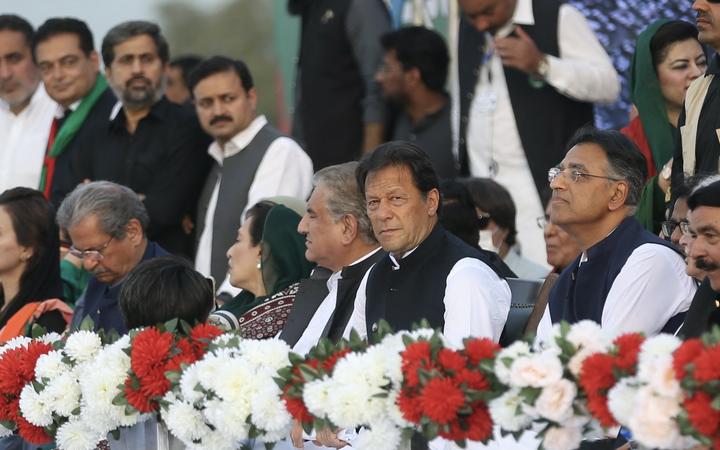 Khan, a former star cricketer turned politician, swept into office in 2018 on a platform to tackle corruption and cronyism.

While he still has many supporters, he has lost some popular favour amid a rise in living costs, ballooning foreign debt and other scandals.

Analysts also say that Khan may have lost support from the military, a crucial backer of any Pakistan president.

The Supreme Court's decision marks another chapter of political turmoil in Pakistan. None of the nation's prime ministers have ever served out a full five-year term, due to various political scandals and power plays by the military in the past decades.

Military coups and removals of democratically elected leaders have left Pakistan under direct military rule for 33 of the 75 years it has been an independent nation.

However, the current military leadership claims it is not involved in recent political developments.