A lifelong friend of a man shot and killed by police in Taranaki two years ago says he was shocked to hear of another fatal shooting.

Kaoss Price, 22, was shot on Saturday night after he rammed a police car on State Highway 3 between New Plymouth and Waitara.

Waitara local Stacey O'Carroll was upset about the weekend's shooting.

"Oh everything just came back flowing through. I went right back to Steven Wallace, to Snow Rowe and it was like oh my God and then you hear who it was, Kaoss.

"He was like my nephew's best mate so basically he was whānau. They all call me Uncle Stace."

Snow was shot and killed by police after aiming a weapon at an officer following a domestic incident. 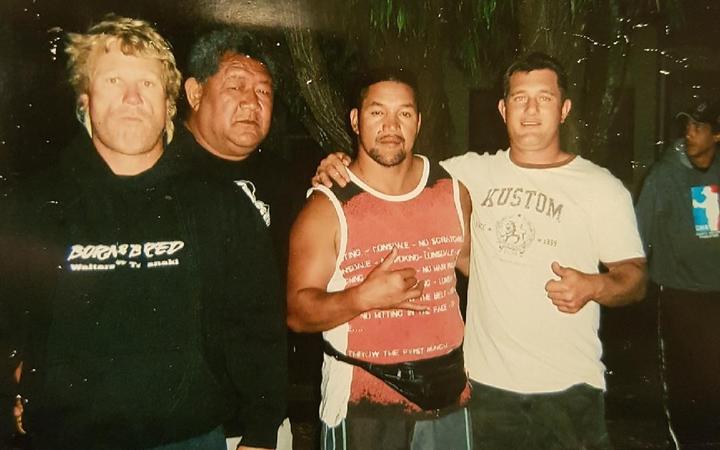 Police have been tight-lipped about whether Price was armed, but say he rammed a police car.

O'Carroll said they should be more transparent.

"There could've been other options we just don't know at this stage, but certainly a vehicle is absolutely a weapon.

"What the person had in their hand after that whether they did have a weapon we just don't know and if it was, what were the options we had with us?"

So far police have not been found at fault in any of these fatalities.

Burdett said the shooting would be investigated thoroughly.

"So there's three investigations run in tandem with these matters and every part is scrutinised.

"I was a former police investigator, I used to investigated incidents within police and I can tell you that's a strong rule that is run across this."

O'Carroll meanwhile was worried about the effect of Price's death on other young people.

"It's the shock. That boy had a lot of friends out here in Waitara and I just hope it doesn't spiral out of control.

"You know kids aren't going to give two hoots if they get bloody shot or for their own safety you know."

An Uruti woman in town to do her shopping was worried about young people in general.

"You've got to ask the question why? Why is this happening and is there enough help for our young people?"

Another woman said she had wondered what kind of place she was living in when she heard the news.

"Why is there this antagonism between the police and the community?"

"We should be able to listen to how they go about their reactions towards these things because it could happen to us."

A kuia worried for her whānau.

"It's pretty sad ... again. We seem to be getting good at this in Waitara."

Police said the investigation into Price's death was continuing and has today been focused on witness statements and vehicles recovered from the scene.

They hoped to release more information later this week.

Price's post mortem was expected to be completed on Tuesday.