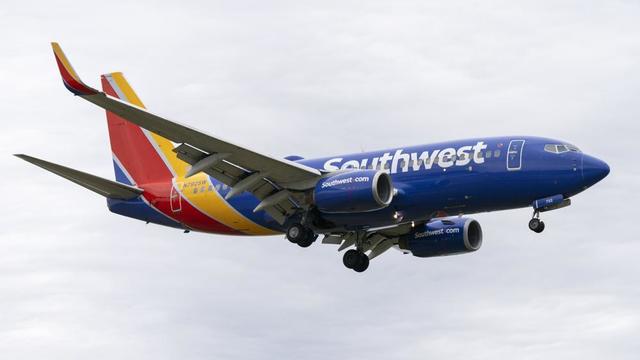 Union officials say Southwest Airlines pilots are suffering through an epidemic of fatigue due to poor scheduling practices by the airline, and that it is raising safety concerns.
Union leaders said in an open letter Tuesday to Southwest CEO Robert Jordan and other executives that problems started last summer when the number of travelers returned nearly to normal pre-pandemic levels, and have gotten worse.
The Southwest Airlines Pilots Association, which is currently negotiating with the airline for a new contract, said the number of pilots asking to be relieved from a flight assignment because of fatigue jumped 330% in March compared with the same month in pre-pandemic years.
"April is already setting fatigue records," they said. "Fatigue, both acute and cumulative, has become Southwest Airlines' No.1 safety threat."
Southwest spokeswoman Brandy King said the airline saw "a significant and steady decline" in pilots calling in fatigued after the airline made schedule changes in November. She said the March increase was expected, as weather-related flight cancellations disrupted schedules.
King said the rise in fatigue calls in March shows that the system works and that the airline lets pilots determine if they are too tired to fly.
Last year, Dallas-based Southwest, the nation's fourth-largest airline, was plagued by flight cancellations due partly to staffing shortages. The airline responded by hiring several thousand workers, executives have said.
Airlines persuaded thousands of employees to quit during the worst of the pandemic after air travel plummeted and airline revenue collapsed. Since then, travel has picked up — the number of people flying in the U.S. topped 2 million a day in March, nearly 90% of pre-pandemic numbers. Unions at Southwest and other airlines have called on their companies to hire more pilots.
In recent days, JetBlue Airways said it would trim some flights this summer because of staffing issues, and Alaska Airlines has blamed a pilot shortage for a surge in cancellations and delays.
source: https://www.cbsnews.com/news/southwest-airlines-pilots-air-travel-safety-concerns/