A legal challenge questioning the lawfulness of the Government's Covid-19 vaccination mandate for educators and health workers has failed in the High Court.

The judicial review, brought to the court by New Zealand Teachers Speaking Out with Science (NZTSOS) and an affiliated group of doctors (NZDSOS), sought to have the vaccination order thrown out.

The group claimed the vaccination mandate is not a "demonstrably justified" breach of the Bill of Rights, namely the right to decline medical treatment.

But in a reserved decision released today, Justice Cooke determined that the mandates were lawful - deemed a demonstrably justified limit on the right to refuse a medical treatment when they were imposed.

In his decision, Justice Cooke agreed that the ability to refuse medical treatment is the right of all New Zealanders, but he determined that right was not absolute and is subject to reasonable limitations.

"I accept that the right to be free to refuse medical treatment is a significant one which is based on individual autonomy," Justice Cooke said.

"It is also reflected in the concept of informed consent that is central to the practice and ethics of medicine. But I do not accept that it is an absolute right. It is subject to reasonable limits, prescribed by law, that are demonstrably justified in a free and democratic society." 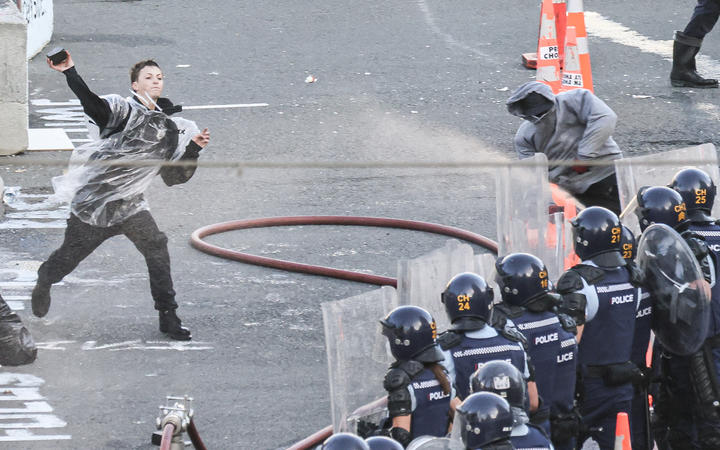 Justice Cooke said at the time mandates were introduced, there was a clear justification that existed in the health and disability sector, as well as the education sector.

In the health and disability sector, the close interaction between health professionals and patients and the potential vulnerability of those patients justified the mandates.

Similarly, in the education sector, Justice Cooke said it was important for students to be able to learn in a school environment, and that environment created a potential transmission risk.

However, Justice Cooke acknowledged subsequent Government announcements since the hearing of the case, which resulted in mandates being lifted for educational workers as of last Tuesday.

"Today's ruling reflects that the courts of New Zealand appear to be prepared to support the government's determination to overrule the NZ Bill of Rights in spite of all of the evidence presented before the court that the vaccine mandate order is not fit for purpose."

The group was to go away and consult with its legal team, but it's likely the decision would be appealed, Shaw said.

"The mandate for health and disability workers was found justified, and remains in place.

"While the majority of mandates have now been lifted, they continue to play an important part in protecting the vulnerable and ensuring the continuity of services in health settings, at the border where new variants come in and in prisons where outbreaks could be dangerous.

He said the Government would continue to investigate latest information and might make further refinements to the scope of those remaining mandates where appropriate.

Earlier in February, Justice Cooke heard a similar case related to the vaccination mandates for Police and Defence Force staff. Cooke ruled that those mandates were not justified breaches of the Bill of Rights, and therefore unlawful.

The mandates covering those sectors were also lifted last Tuesday.

* This story originally appeared on the New Zealand Herald.

Is there a story Open Justice should be covering? Email here: [email protected]