Watch: Andris Apse - A life through the lens of landscape, loss and Latvia

By Rose O'Connor for Frank Film

Andris Apse is one of New Zealand's greatest landscape photographers, yet his personal story reminds us that life itself can sometimes match the beauty and strangeness of our finest art.

As a five year-old, Apse came to this country from Latvia with his mother Kamilla - refugees fleeing the chaotic aftermath of WWII. The family had been separated, and Voldemars - Kamilla's beloved husband and Andris' father - was presumed dead. Some 45 years later, Apse recalls getting an urgent phone call from his mother. She had received a letter in handwriting she instantly recognised.

Talking candidly to Frank Film, Apse describes a life of experiences ranging from hunger and hardship to the eventual rewards of a career capturing the sublime beauty and mood of his beloved New Zealand landscapes.

The career-defining moment for Apse came about when a job with Forest Research first took him into Fiordland.

"I didn't own a camera then, but I thought, 'I've got to go back and buy a camera and come back to Fiordland, and show people what we've got here.'

"I became obsessed with it, really." 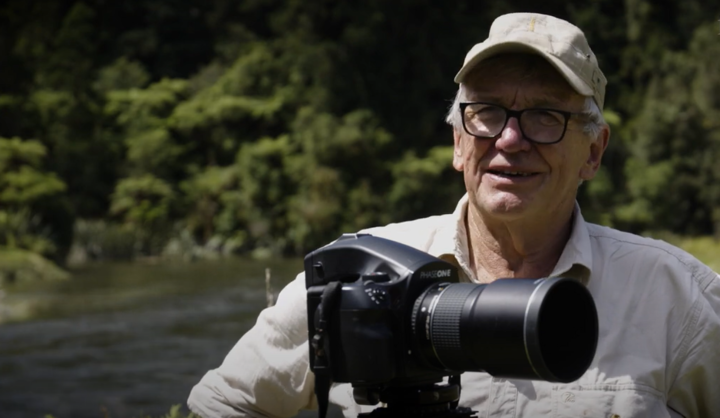 The career-defining moment for Apse came about when a job with Forest Research first took him into Fiordland. Photo: Screenshot / Frank Film

The quality and distinctiveness of his photographs, and some timely sponsorship, meant Apse was ultimately able to become a full time landscape photographer.

This clear sense of purpose had been a long time coming. During the war, Andris' parents and their infant son faced an uncertain future in frightening times.

"They were in their early twenties when they met and fell in love. Then I was born, and he had to go off to the Front."

"They were torn apart, physically. And he saw me only once."

The deep love between Apse's father, Voldemars (Valdis), and mother Kamilla (Millija), is eloquently expressed in Voldermars' letters and diary entries, excerpts from which Apse generously shares on camera.

"Dear Millija, I am longing for you. Whenever you're not with me, everything seems dark and gloomy."

After nearly five years in a refugee camp in Germany, with hunger as an ever-present companion, Apse and his mother were able to embark on a new life in New Zealand.

"We only had what my mother could carry, which was her bag of letters and me."

"We were a solitary sort of partnership, mother and son. It was a very lonely existence for us. It was terrible really."

After Kamilla remarried, Apse was not welcome by his stepfather at home, so he took himself off to forestry school in Nelson. He describes the stark reality of his alone-ness when, come holiday time, classmates were heading home, one by one, to their families.

"I pretended that I had family and friends because I didn't want to be seen as a lone wolf. 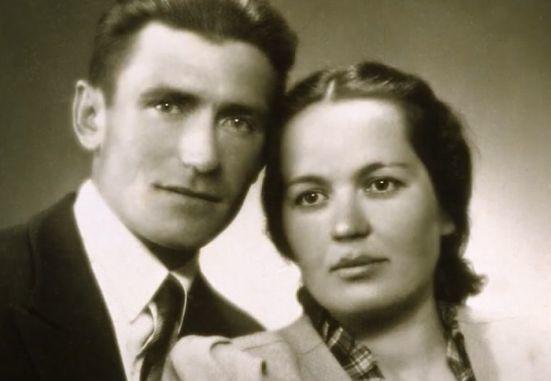 Apse's parents Voldemars and Kamilla, were in their twenties when they met and fell in love. Photo: Screenshot / Frank Film

Ironically, there's a link between Apse's odyssey to New Zealand and his working methodology. The capacity for isolation and concentration has served his art well.

Ninety percent of his work, he tells Frank Film, goes into planning and exploring.

"I only take 20 photos a year, really. But I spend days researching locations, and trying to narrow down exactly where I have to stand - whether it's here, there or a metre over there."

The letter his mother received out of the blue from her dear Valdis changed everything.

"There was great joy. Initially.

"But 45 years is a lifetime, isn't it. We knew that it was lifetime when we faced each other after the initial greetings and cheers.

"We realised that there was… a lifetime between us, which was quite sad."

We can all be grateful though, for the life's work Apse has created, regardless.