Gilbert Gottfried reportedly died from a rare disease. Here's what we know. 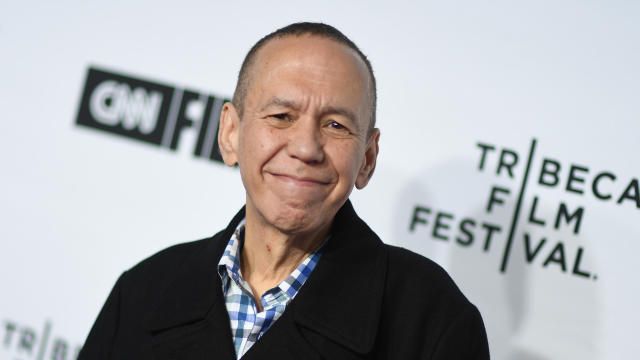 Iconic comedian Gilbert Gottfried died on Tuesday after what his family said was "a long illness." His representative said Gottfried's death was caused by a heart rhythm issue called recurrent ventricular tachycardia, which resulted from myotonic dystrophy type II. What is this rare disease?
There are two types of myotonic dystrophy, a disease that affects the muscles and other body systems, according to the National Institutes of Health (NIH). This disease is the most common form of muscular dystrophy that begins in adulthood.
Myotonic dystrophy type II, which Gottfried reportedly had, is inherited, NIH explains. It causes muscle weakness, pain and stiffness, and the symptoms usually develop during a person's 20s or 30s.
Myotonic dystrophy type II affects the muscles as well as organs like the heart, eyes and pancreas, and causes prolonged muscle tensing known as myotonia. The severity of the condition varies for different people, and even among family members.
Myotonic dystrophy is also known to cause irregular electrical control of the heartbeat.
Ventricular tachycardia is a condition where the heart beats faster — usually 100 or more beats per minute, whereas the average is 60 or 100 beats per minute. It is caused by irregular electrical signals in the lower chambers of the heart, according to the Mayo Clinic.
Ventricular tachycardia can be caused by many things, including having had a prior heart attack, congenital heart diseases, or even medication reactions.
Over his long career, Gottfried was known for his brash comic persona and distinctive voice, which he famously used to portray the parrot Iago in Disney's "Aladdin."
"In addition to being the most iconic voice in comedy, Gilbert was a wonderful husband, brother, friend and father to his two young children. Although today is a sad day for all of us, please keep laughing as loud as possible in Gilbert's honor," his family said in a statement posted on Twitter.
Caitlin O'Kane is a digital content producer covering trending stories for CBS News and its good news brand, The Uplift.
source: https://www.cbsnews.com/news/gilbert-gottfried-cause-of-death-what-is-myotonic-dystrophy-type-ii/