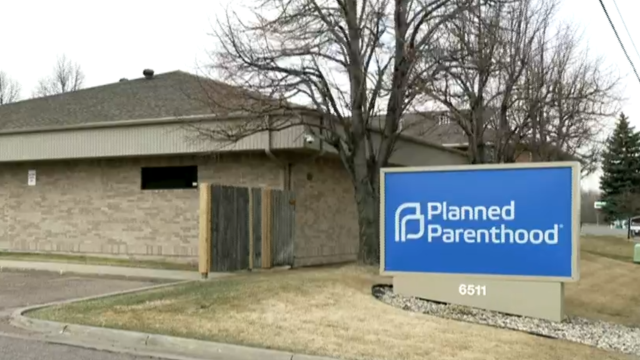 Sioux Falls, South Dakota — Dr. Sarah Traxler works at the only abortion clinic in the state of South Dakota, but she lives hours away in Minnesota.
Her trip involves a flight from Minneapolis to Sioux Falls, an escort at the airport for security reasons and a 20-minute drive to the clinic — all before her first patient. It's a commute she's done monthly for the past seven years.
"I sort of feel at some level if I don't do it and the other three physicians who do it with me, who else is going to do it? There wouldn't be anything for these patients," Traxler told CBS News.
Nearly two dozen states have severely restricted access to abortions. The new laws come as the Supreme Court decides on a Mississippi abortion law that could overturn Roe v. Wade.
The South Dakota clinic says it hasn't been able to hire in-state doctors because they fear harassment and possible retaliation from hospitals.
Even with four doctors traveling from other states, nurse Misty Parrow said there is a five-week wait for an appointment.
"They are angry about it," Parrow told CBS News about how patients feel. "They're angry about the hoops they have to jump through to obtain healthcare."
South Dakota requires a 72-hour waiting period between initial consultation and procedure and the same doctor for both appointments. The state's Republican governor wants a law requiring three trips for a medication abortion — the consultation and one for each dose — an unprecedented restriction.
"These restrictions are going to disproportionately impact already marginalized communities that already have a difficult time accessing healthcare in general, but abortion care specifically," Traxler said.
In one day, Traxler saw 10 patients and said most sacrificed to get to the appointment — a day's pay, traveling hundreds of miles or struggling to get childcare.
"They're having us live in a post-Roe world, even when Roe is still the law of the land," Traxler said.
source: https://www.cbsnews.com/news/abortion-south-dakota-access/