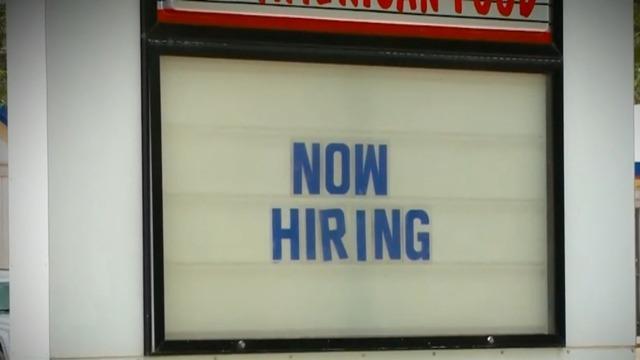 With prices on the rise, Mindy Godding's small business Abundance Organizing held a team meeting. Employees of the Richmond, Virginia-based company, which helps people declutter or downsize and unpacks after home renovations and moves, were feeling the strain of soaring costs. Paying for gas just to get to clients' homes – sometimes as far as an hour away – was eating into their paychecks.
The business immediately redistributed money in the budget and gave team members who traveled $25 gas cards. But the move was only a temporary fix. Godding did not see the problem going away any time soon, so just weeks later, Abundance Organizing raised service rates 25% so it could increase employee pay.
So far, demand for services remains high as the impact of the coronavirus pandemic recedes – but it's unclear how long it will last after an already bumpy two years.
Inflation has soared 8.5% over the past year, the fastest annual pace of price increases since 1981. The price of gas increased nearly 50% from a year ago. And the cost of groceries is up 10%. Russia's invasion of Ukraine exacerbated the problem as the country was already struggling to keep up with high demand and supply chain issues during the coronavirus pandemic.
While some of the biggest companies have reported record profits last year and several studies suggest it is driving up costs, small businesses have been feeling the squeeze.
80% of small-business owners say their business' financial health has suffered due to inflation over the past six months, a new Goldman Sachs 10,000 Small Businesses Voices survey found. Of those, 67% have increased wages to retain employees, and 61% have increased wages to attract new employees. Meanwhile, 60% said they've offset their cost increases by passing it off to consumers by raising prices.
Increasing energy costs – up 32% overall over the past year – are having a negative impact on bottom lines, 73% of small-business owners said.
Overall, 91% of small-business owners say broader economic trends, such as inflation, supply chain issues and workforce challenges are hurting their businesses. And while the U.S. economy is considered strong by multiple measurements, 56% of small-business owners say the economy has worsened since January this year.
As small businesses grapple with inflation – it's adding to other challenges they're already facing. At the top of the list, hiring and retaining qualified workers remains the top challenge cited by small-business owners, the survey found, as job openings remain near a record high with more than 11 million as of the end of February.
It's a problem Godding is facing. Abundance Organizing – which has 16 employees and pay that ranges from $15 an hour to $35 an hour –  is actively looking to hire but already anticipates it will have to make changes to be competitive.
"In order for us to compete with corporate America, we essentially need to pay an employee $12,000 more," Godding said, acknowledging some of the benefits larger businesses offer that hers cannot cover on its own.
The situation has become a tale of two recoveries, small-business owners believe: 88% of respondents say they've struggled relative to larger companies in their local communities with 42% saying they lost employees to larger businesses that are paying more and 70% worried employees will leave their business because larger businesses can offer higher pay.
"The competition on wages is intense, but I think an even more intense competition and one that small businesses just can't compete on is when it comes to benefits," said Joe Wall, national director of Goldman Sachs' 10,000 Small Businesses Voices.
Small-business owners want Congress to act: 86% believe the federal government should do more to level the playing field so small businesses are better able to compete with larger companies. Wall said, "They're not asking for handouts, they're asking for accessibility." The Small Business Administration has not been reauthorized in more than 20 years, a move that could help modernize and streamline programs.
As for the record profits being seen by the big corporations, for small businesses, it's just one more punch in the gut after two already very trying years with the pandemic.
"It just seems so unbalanced," said Godding. "We're not making that kind of profit at my company."
And small-business owners don't expect the inflation to ease any time soon. Among those surveyed, only 5% believe it and supply chain challenges will subside within the next six months.
CBS News reporter covering economic policy.
source: https://www.cbsnews.com/news/as-inflation-soars-major-corporations-are-posting-record-profits-but-small-businesses-are-feeling-the-squeeze/