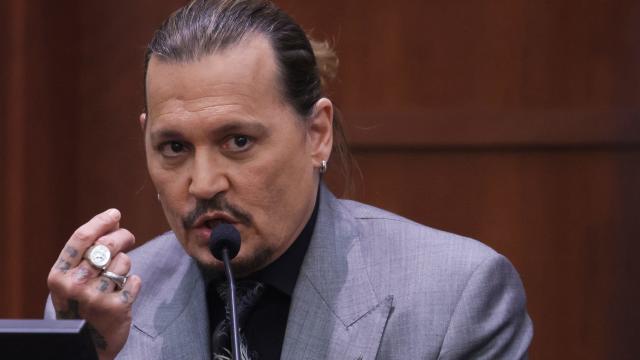 Actor Johnny Depp will testify for a third day Thursday in the defamation trial against his ex-wife, actor Amber Heard. Depp sued Heard after she wrote a 2018 op-ed piece in The Washington Post in which she referred to herself as a "public figure representing domestic abuse."
She never mentioned Depp by name, but Depp's lawyers said it was a clear reference to accusations Heard made in 2016 when she sought a restraining order against him.
Depp said the accusations and the article contributed to an unfairly ruined reputation that made him a Hollywood pariah and cost him his role in the lucrative "Pirates of the Caribbean" movie franchise.
He said he was pulled from the franchise just days after the Post piece ran. On cross-examination, Heard's lawyer pointed to evidence that Disney made that decision months before the article's publication.
Heard's lawyers say the article is accurate and doesn't defame him. They say Depp's ruined reputation is due to his own bad behavior.
Depp was cross-examined only briefly at the end of the day Wednesday. Cross-examination will continue Thursday. Heard is expected to testify later in the trial.
source: https://www.cbsnews.com/live-updates/johnny-depp-amber-heard-day-three-watch-live-stream-today-2022-04-21/