Iran's armed forces will target Israel's heart if it makes "the slightest move" against the Islamic Republic, President Ebrahim Raisi has told a military parade, amid stalled talks between Tehran and world powers to revive a 2015 nuclear pact. 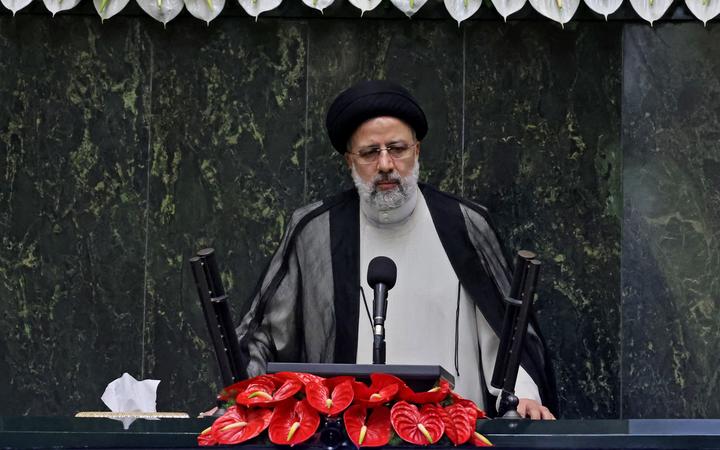 Israel, widely believed to have the Middle East's only atomic arsenal, says it will not be bound by any Iran nuclear deal and could eventually take unilateral action against Iranian nuclear sites.

"The Zionist regime (Israel), you should know that ... if you take the slightest move against our nation, our armed forces will target the heart of the Zionist regime," Raisi said in a televised speech at a military parade to mark the national Army Day.

Troops marched in front of the podium where Raisi stood with army officers. Helicopters flew overhead and parachutists dropped down over the parade area near the tomb of Ayatollah Ruhollah Khomeini, the founder of the Islamic state.

The United States and Iran have been engaged in indirect talks for more than a year to rescue the pact. Washington left it in 2018 and reimposed sanctions on Tehran.

But the talks were suspended last month over the unresolved issue of whether the United States might remove the Islamic Revolutionary Guard Corps from the US Foreign Terrorist Organization list, as demanded by Tehran.

Iran has reacted by breaching the deal's limits on its nuclear programme. Under the deal, Iran limited its nuclear efforts in return for relief from economic sanctions.

It has accused Israel of several attacks on facilities linked to the programme and killing Iranian nuclear scientists. Israel has neither denied nor confirmed the allegations.

"Our strategy is defence and not offense,Gǥ Raisi said, adding that "Iran's army used the opportunity of sanctions very well to empower itself, and our military industries are now in the best shape".