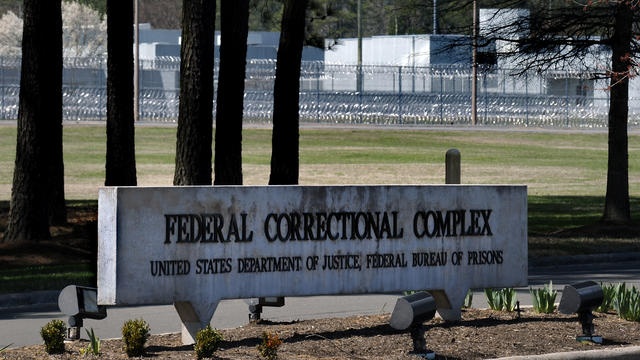 President Biden is issuing the first pardons and sentence commutations of his presidency Tuesday, to people convicted of non-violent offenses, senior administration officials told reporters on a call Monday. The White House announced the acts of clemency as the administration introduces a strategy and new funding to transition people from incarceration to employment.
The president is commuting the sentences of 75 nonviolent offenders, as well as pardoning three additional people who were convicted of nonviolent drug offenses. The president is pardoning Abraham Bolden of Illinois; Betty Jo Bogans of Texas; and Dexter Eugene Jackson of Georgia. The recipients whose sentences are being commuted have already served early 10 years on average in prison, a senior administration official said. Nearly one-third would have received shorter sentences if charged with the same offense today, the officials said.
Bolden, 86, a former U.S. Secret Service agent, was the first Black person to serve on a presidential detail. He was charged in 1964 with offenses related to trying to sell a copy of a Secret Service file. Bolden was convicted in a second trial after his first trial resulted in a hung jury, even though pivotal witnesses admitted they lied at the prosecutor's request.
Bogans, 51, was convicted of possession with intent to distribute crack cocaine in 1998 after attempting to transport drugs for her boyfriend and his accomplice, although they were never detained or arrested. She received a seven-year sentence, and since her release, she has continued to work while undergoing cancer treatment. Jackson, 52, was convicted in 2002 of using his business to allow marijuana distribution in Georgia, although he wasn't personally involved in the trafficking. He pleaded guilty, and since his release, Jackson has run a cell phone repair business that hires local high school students.
"Today, I am pardoning three people who have demonstrated their commitment to rehabilitation and are striving every day to give back and contribute to their communities," the president said in a statement. "I am also commuting the sentences of 75 people who are serving long sentences for non-violent drug offenses, many of whom have been serving on home confinement during the COVID pandemic — and many of whom would have received a lower sentence if they were changed with the same offense today, thanks to the bipartisan First Step Act."
As a part of the administration's strategy, the Justice Department and Labor Department are announcing a $145 million investment to provide job skills training and individualized reentry plans to the nearly 137,000 people incarcerated in Bureau of Prisons facilities. That's part of the Justice Department's implementation of the Trump-era First Step Act. The Small Business Administration is also changing its rules to make it easier for people with unrelated criminal records to apply for certain business loans.
"We know that we are facing an increase in gun crime over these last couple of years here during the pandemic, so it's significant," a senior administration official on the call said. "We know that employment reduces recidivism, and we're really leaning into that."
The White House will also be offering a special enrollment period for Medicare for those who missed their enrollment periods while incarcerated. "That'll help reduce coverage gaps and penalties for people returning home from prison," said a senior administration official.
Nicole Sganga contributed to this report.
Kathryn Watson is a politics reporter for CBS News Digital based in Washington, D.C.
source: https://www.cbsnews.com/news/biden-pardons-commutations-2022/