Indigenous rights, co-governance and He Puapua: the government has started work on a plan and intends to consult widely on it soon. 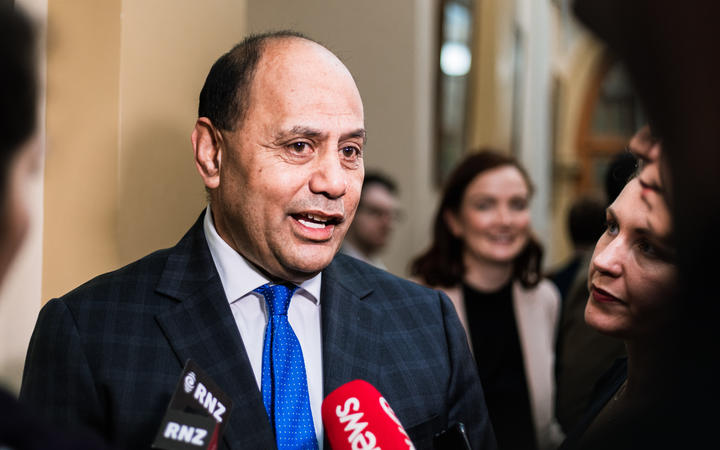 Māori Development Minister Willie Jackson this morning released feedback from consultation with Māori on how New Zealand could implement the United Nations Declaration on the Rights of Indigenous Peoples (UNDRIP).

Jackson said the initial consultation - 69 workshops with 370 participants over the past six months - was the first phase in developing a plan to support the declaration which New Zealand signed in 2010.

He said the next step would be the drafting of an official plan - work which would be done by Te Puni Kōkiri, the National Iwi Chairs Forum's Pou Tikanga and the Human Rights Commission - over the next couple months.

It would then be consulted on widely.

"All New Zealanders will get the chance to comment on the range of actions proposed in the draft Declaration Plan. There is already a lot of mahi across government under way that is consistent with UNDRIP, but having a plan sets a roadmap of actions to steadily work towards and measure progress against," Jackson said.

"As stated previously, He Puapua is not the Declaration Plan, nor is it government policy. Reports like He Puapua and Matike Mai are part of a long history of reports on addressing Indigenous rights in Aotearoa and should be seen in that context."

Jackson said the plan was not just about co-governance.

"The feedback has been that there are many ways we can strengthen indigenous rights and achieve better outcomes for all," he said.

"For example there are some innovative iwi-led housing initiatives which are making a huge difference in communities and the revitalisation of te reo Māori is another area this government has supported which aligns with UNDRIP."

Feedback in the report largely focused on several topics but strengthening tino rangatiratanga for tangata whenua was most consistently raised, as a central theme for discussions ranging from health, justice and education, to protecting te taiao (environment) and te reo Māori.

The UNDRIP was intended to set out minimum standards for the rights of indigenous peoples, including protections against discrimination and the safeguarding of cultural expression and identity, language, health, education and more.

Like other UN declarations it is aspirational and not legally binding in itself, and it is up to individual governments to grapple with how they respond to it.

When it was first voted in by 144 nations, New Zealand under Helen Clark's Labour government voted against it along with Australia, the United States, and Canada - all of which are countries with minority indigenous populations - while 11 countries abstained.

John Key's National government agreed in 2010 to support it and committed to develop a plan to respond to the declaration.

The government's He Puapua report was a discussion document commissioned in 2019 to come up with a range of aspirational ideas that could achieve UNDRIP and was put together over two months drawing heavily on work done previously.

This included the 2016 Matike Mai report led by lawyer Margaret Mutu and Moana Jackson, which was based on 252 hui between 2012 and 2015 as well as interviews, written submissions and focus groups.