Here's where Americans get the biggest tax refunds 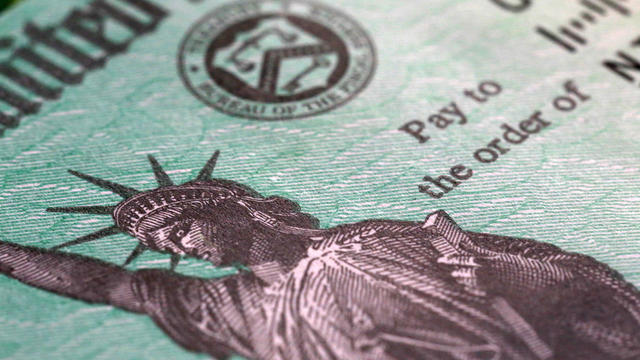 Although 3 in 4 Americans will get a tax refund from the IRS this year, not all refunds are equal. Residents of certain states tend to receive bigger checks than others, according to a recent analysis of IRS data from financial site Lending Tree.
The biggest tax refunds are found in Wyoming, where residents on average received $5,027, based on the most recent data available, which is from 2019. The second biggest tax refunds went to residents of Connecticut, with an average check of $4,461, while New York residents on average got $4,444, placing the Empire State in third place, the analysis found.
By comparison, the average U.S. tax refund in 2019 was $3,651. (Through early April of this year, the average tax refund for the current tax season is about $3,200, the IRS said earlier this month.)
The range in tax refunds stems from differences in income, according to LendingTree chief credit analyst Matt Schulz. Residents of states that tend to have higher average incomes are likely to get bigger refunds given that the size typically relies on the amount you paid in taxes throughout the year to the IRS. People with higher incomes have more withheld from their taxes and therefore may see bigger refund checks when tax time rolls around.
"One of the things that you notice when looking at this report is that you do tend to see higher income states and lower income states kind of glued together in a lot of ways," Schulz said.
Wyoming, though, has a lower median household income than either Connecticut or New York, according to the Federal Reserve Bank of St. Louis. Median household income in Wyoming is about $65,000, compared with about $79,000 for Connecticut residents. But Wyoming also has one of the nation's biggest disparities in income, with a concentration of extremely wealthy residents clustered in towns like Jackson Hole.
On the other hand, residents in lower-income states tend to see lower average refunds. With less money to send the IRS in each paycheck, they tend to get less back at tax time. Maine residents receive the lowest refunds, at $2,752, while other states with lower-than-average refunds include Oregon, Vermont and Iowa.
Although most Americans receive a refund, a significant share of taxpayers end up owing the IRS — about 21% of taxpayers end up sending the tax agency a payment. The average amount owed is $5,893, Lending Tree said.
As with refunds, the biggest payments by state are tied to income. Massachusetts residents had the biggest payments, according to Lending Tree data, with an average tax bill of $7,605. Wyoming residents had the second-biggest tax bills, at $7,541. Washington state residents ranked third, owing an average of $7,145.
Tax refunds can seem like a windfall, but it really means that you've missed out on putting that money to use in the proceeding year, Schulz noted.
"With anything with money, there is the math side of it, and then there's the psychology side of it," he noted. "From a math standpoint, it definitely is better to not get a big refund because it just means you are giving an interest-free loan to the government when you could be putting that money to work yourself."
But from a psychological perspective, some people may find it useful to get a check at tax time since they can use it to pay down debt or start an emergency savings fund — things they might not have the discipline to tackle during the year.
"Some of the oldest advice about money is the best, which is 'know thyself,'" Schulz noted.
source: https://www.cbsnews.com/news/tax-refund-size-by-state-wyoming-connecticut-new-york/