The Hurricanes have stormed back from a big first half deficit to stay in playoff contention in Super Rugby Pacific. 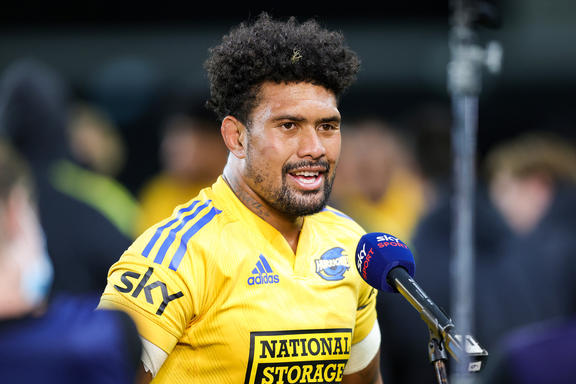 Trailing 17-0 after half-an-hour, they scored 30 unanswered points to complete a 30-17 win over the Queensland Reds in Melbourne on Saturday night.

Two first half yellow cards didn't help the Canes' cause, as the Queensland side scored a pair of early tries to put themselves in the box seat.

However, once the New Zealand side were back to the full compliment, they bagged two tries of their own to be just three points adrift at the break.

Prop Tyrel Lomax and centre Bailyn Sullivan both dotted down for their second tries in the second half as the Hurricanes wrapped up their fifth win of the season.

Meanwhile in Saturday night's other match, the Blues were made to work for their eighth straight win.

After leading 21-10 at halftime, the competition leaders prevailed 35-18 over the Fijian Drua.

The Drua's second try midway through the second half closed the gap to only 10 going into the final quarter.

A second try to wing AJ Lam eventually secured the five tries to two victory for the Blues with 15 minutes to play.