Tesla posts record profits for the last quarter of 2022 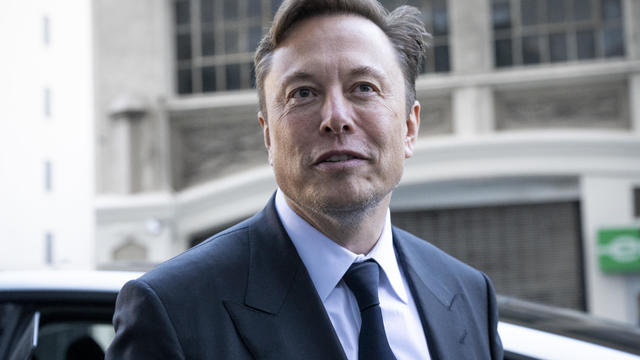 Tesla on Wednesday posted record net income in the fourth quarter of last year as it predicted that additional software-related profits will keep its margins higher than any other automaker.
The Austin, Texas, maker of electric vehicles and solar panels said it made $3.69 billion in profits from October through December, beating analysts' predictions. The company's profit was 59% more than the same period a year ago.
Revenue for the quarter was $24.32 billion, which fell short of the $24.67 billion that analysts had expected.
"While every quarter is important for Tesla we would highlight this ... as one of the most important moments in the history of Tesla and for Musk himself," Wedbush Securities analyst Dan Ives said of the much-anticipated earnings call.
"After experiencing unprecedented hyper growth over the past few years in the EV market which was essentially created by Musk, now Tesla faces a darker macro in 2023 with fierce competition coming from all angles," Ives said. "Adding to that backdrop is Musk who has essentially gone from a superhero with a red cape to a villain in the eyes of many investors after the ongoing Twitter fiasco has cast a dark shadow over Tesla's stock," he added.
On January 13, the company cut prices in the U.S. and China, its two biggest markets, by up to 20% on some models, leading many analysts to believe that demand had fallen due to high price, rising interest rates and competition from other EV makers.
Tesla said in its investor letter Wednesday that it would produce about 1.8 million vehicles this year, ahead of a predicted 50% annual growth rate. But the outlook section of the letter didn't give an estimate of deliveries for the year. Previously Tesla has said its deliveries would grow at a 50% annual rate most years.
Morgan Stanley analyst Adam Jonas wrote in a note to investors early Wednesday that demand is a problem for the company. "In our view, the price cuts are indeed a response to slowing incremental demand relative to incremental supply," he wrote.
Tesla also said it has rolled out its "Full Self-Driving" software to about 400,000 users, and that it recognized $324 million from Full Self-Driving software during the quarter. Despite its name, "Full Self-Driving" cannot drive itself, and Tesla warns drivers that they must be ready to intervene at any time.
The company said it knows there are questions about macroeconomics in the face of rising interest rates. "In the near term we are accelerating our cost reduction roadmap and driving towards higher production rates, while staying focused on executing against the next phase of our roadmap," the letter said.
Tesla shares rose as much as 3% in after-hours trading, indicating a positive response from investors to results.
source: https://www.cbsnews.com/news/tesla-q4-earnings-up-59-percent-strong-margins/