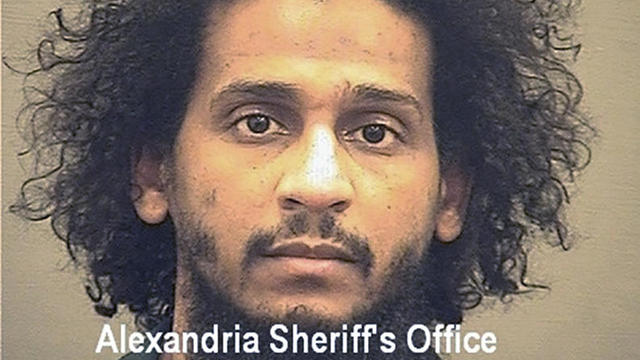 Alexandria, Virginia — El Shafee Elsheikh, one of the three British men accused of operating a brutal ISIS hostage-taking scheme, was convicted on all counts by a federal jury in Virginia for his role in the plot which led to the deaths of four Americans.
The jury in Alexandria, Virginia, found Elsheikh guilty on eight charges, including four counts of hostage taking resulting in death, murder conspiracy and conspiracy to provide material support to a terrorist organization. He faces life in prison, with sentencing scheduled for August 12.
Collectively known as the "Beatles" for their British accents, Elsheikh and his co-conspirators Mohammed Emwazi and Alexanda Kotey worked together to kidnap and abuse more than two dozen Western hostages, according to prosecutors. He was convicted for participating in the plot that led to the deaths of American hostages James Foley, Peter Kassig, Kayla Mueller and Steven Sotloff.
"This defendant put the terror in terrorism himself," First Assistant U.S. Attorney Raj Parekh said during closing arguments on Wednesday.
Foley, Kassig and Sotloff were all beheaded in a series of gruesome ISIS propaganda videos and images released in 2014. ISIS had claimed Mueller was killed in a 2015 airstrike while she was in Syria, but prosecutors Wednesday said they now believe ISIS killed her after holding her as a slave and sexually abusing her for a year and a half.
Elsheikh was not accused of carrying out the act of killing the hostages himself, but was charged with participating in the kidnapping and torture that led to the murders of the hostages.
Diane Foley, James Foley's mother, and Carl Mueller, Kayla Mueller's father, spoke to reporters following the verdict. Both were pleased that justice had been done.
"I think that there's a relief. This has been quite an ordeal. Truly exhausting for many families. Emotionally exhausting and physically," Diane Foley said. "I would hope these four young Americans would inspire other young Americans to have that kind of courage. That moral courage to dare to go out in the world, care about others, report the truth."
Carl Mueller said the story of what happened to the victims "needs to be told generation after generation and not forgotten."
"This is a small piece of justice that will help us heal a little, but I don't think there will ever be closure," he said. "We are all close. I refer to it many times as a club that nobody wants to be in. Due to circumstances out of our control we are in this club."
Elsheikh and Kotey were ultimately captured together and held by Syrian Defense Forces before Britain agreed to extradite them to the U.S. for trial. Kotey has agreed to plead guilty in exchange for a life sentence. Emwazi, known as "Jihadi John" and as the figure who carried out many of the hostage executions, was killed in Syria in 2015.
During the trial, defense attorney Nina Ginsberg did not deny Elsheikh had traveled to Syria and joined ISIS or that he knew Emwazi and Kotey. However, she contended that the government did not prove that Elsheikh was one of the three Beatles. The defense claims he is just an ISIS soldier.
"Mr. Elsheikh was never identified in this courtroom by any of the former hostages," Ginsberg said.
source: https://www.cbsnews.com/news/el-shafee-elsheikh-isis-guilty/