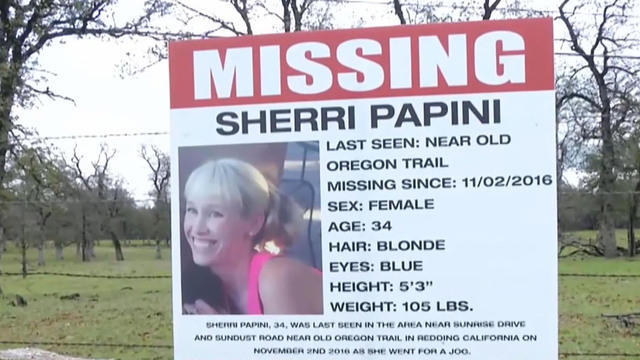 A Northern California woman's disappearance more than five years ago shocked the tight-knit community of Redding, California.
The disappearance of Sherri Papini set off a frantic three-week search. Neighbors volunteered for grid searches and law enforcement made finding Papini a top priority.
"There was an extreme amount of pressure put on law enforcement," said Shasta County Sheriff Michael Johnson.
Papini, a mother and a wife, had gone missing while out on a jog. The conditions of her disappearance put neighbors on edge.
"We used to walk and my husband and I said, 'I'm not going to go walk by myself anymore,'" Redding resident Maria Flores said.
Private investigator Bill Garcia was so concerned about Papini, he volunteered his services to her family.
"It brought fear, especially to other women, that it could happen to them," Garcia said.
She was found bruised and beaten on Thanksgiving Day in 2016. Papini told authorities at the time she was kidnapped at gunpoint by two Hispanic women.
She accused the women of brutally torturing her. The hunt was on and new fears settled in Redding, where Latinos were less than 10% of the population.
"She specifically picked out a gender in a race to name as the suspect. Any Hispanic woman at that time, I'm sure, is getting an eyebrow raise and looking in there wondering where she could be connected or one of the suspects," Johnson said.
For many Latinos in the area, the more they heard Papini's story, the less they bought it.
"When they do the sketches, like she had a bandana like, come on, we don't walk around like that. We know the people in our community," Radio Host Araceli Gutierrez said.
Ultimately, investigators revealed that there was no kidnapping after looking at DNA evidence, cell phone tracking and interviews with one of her ex-boyfriends.
The resources that were used throughout the investigation ended up costing taxpayers around $230,000. That's money that could have gone into other missing women investigations.
Papini agreed Tuesday to plead guilty to charges of lying to federal officers and mail fraud. She has yet to be sentenced.
In a statement through her lawyer, Papini said "I am deeply ashamed of myself for my behavior and so sorry for the pain I've caused my family, my friends, all the good people who needlessly suffered because of my story and those who worked so hard to try to help me."
source: https://www.cbsnews.com/news/sherri-papini-alleged-kidnapping-redding/