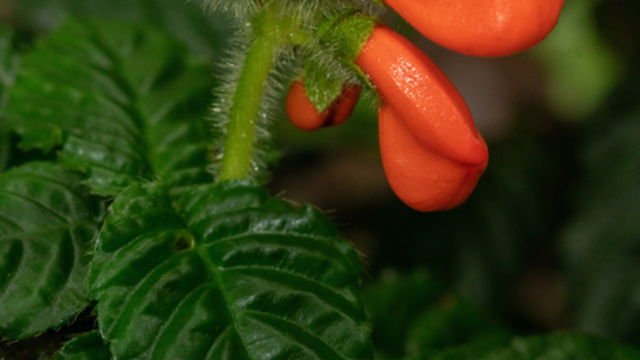 In 2000, scientists working in the foothills of the Andes mountains in Ecuador tried and failed to locate a small, bright orange wildflower that had been found 15 years earlier. They named it G. extinctus to commemorate the flower, even though they believed that it had gone extinct after its "cloud forest" habitat was destroyed.
But 22 years later, a team of scientists rediscovered the flower. They published their findings in the journal PhytoKeys on Friday.
"Extinctus was given its striking name in light of the extensive deforestation in western Ecuador," Dawson White, a postdoctoral researcher at Chicago's Field Museum and co-lead author of the paper, said in a press release. "But if you claim something's gone, then no one is really going to go out and look for it anymore. There are still a lot of important species that are still out there, even though overall, we're in this age of extinction."
Over 97% of the forests in the western half of Ecuador have been felled and are now farmland, and all that remains of the forests are "tiny islands" of trees, the press release said. The area "is a mythical place for tropical botanists," said Nigel Pitman, Senior Conservation Ecologist at the Field Museum and co-author.
The team of scientists launched their expedition to find the flower in 2021, and began by looking through satellite imagery of tiny forest pockets to identify places to visit.
"It was my first time planning an expedition where we weren't sure we'd even enter a forest," Pitman said. "But as soon as we got on the ground we found remnants of intact cloud forest, and we spotted G. extinctus on the first day, within the first couple hours of searching. We didn't have a photo to compare it to…but we were pretty sure that we'd found it."
Surprisingly, the team wasn't the first ones to see the flower. In 2019, three users of the Ecuadorian biology website iNaturalist Ec posted photos of G. extinctus without realizing it.
Now, the team is working with Ecuadorian conservationists to protect the forests and G. extinctus.
"Rediscovering this flower shows that it's not too late to turn around even the worst-case biodiversity scenarios," White said, "and it shows that there's value in conserving even the smallest, most degraded areas."
"We walked into [the forest] thinking it was going to break our heart," Pitman added, "and instead we ended up falling in love."
source: https://www.cbsnews.com/news/ecuador-wildflower-extinct-found-again-cloud-forest/