The Black Ferns Sevens coaches have drawn on plenty of experience as the side prepares to return to the World Series after an absence of more than two years. 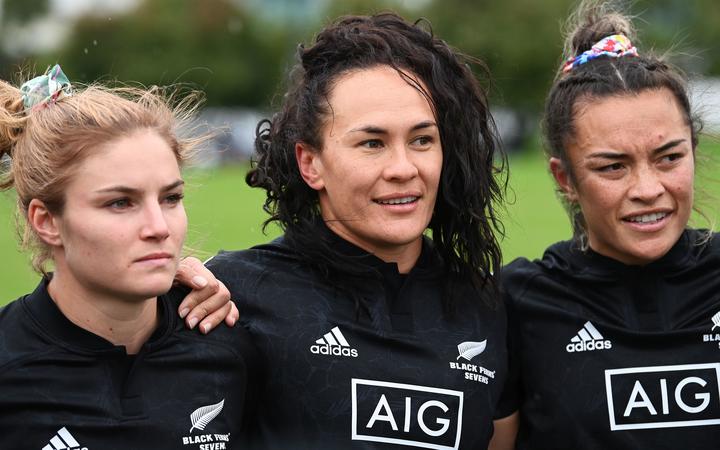 The squad features 11 players from the Olympic gold-medal winning team last year, with Jazmin Hotham and Terina Te Tamaki joining the squad of 13.

Ruby Tui misses this tournament as she continues training with the Black Ferns.

Stacey Fluhler, Sarah Hirini, Tyla Nathan-Wong, Kelly Brazier, Theresa Fitzpatrick and Portia Woodman all return to the mix, after missing the recent matches in Fiji due to their involvement in Super Rugby Aupiki.

"It's been a bit of a quick transition getting back from Fiji and reconnecting with the players that had played Aupiki. But we've brought everyone back up to speed and had one of the best trials we've ever had last week," said coach Cory Sweeney.

The young squad that travelled to Fiji and played 12 matches across two weekends gained valuable experience and game time, with seven of those players featuring in this team naming.

"Going to Fiji was a really good opportunity to get to consistent sevens rugby. We've had a group of players that haven't played big minutes on the World Series, so 12 games over two weeks exposed them to moments they haven't been exposed to before around decision making and pressure."

Portia Woodman makes her return to the World Series tantalisingly close to a big record. Woodman's last appearance was in Glendale 2018 and she sits on 195 tries, she would become the first female player to bring up 200 tries if she can cross the line five times in Canada.

"We saw in Aupiki how dominant and impactful she can be; she is a special player and person. Portia leads a lot of our connection off field so we're excited for her to get back on the World Series and keep progressing what she can do on the sevens field," said Sweeney.

The squad leaves for Canada this week with the tournament in Langford next weekend.

Australia leads the standings after four rounds with just two rounds remaining in Langford and then Toulouse in France next month.