Analysis - Prime Minister Jacinda Ardern decides the country will stay in red for a while longer, the government ramps up sanctions against Russia but the opposition wants more, and Ashley Bloomfield resigns. 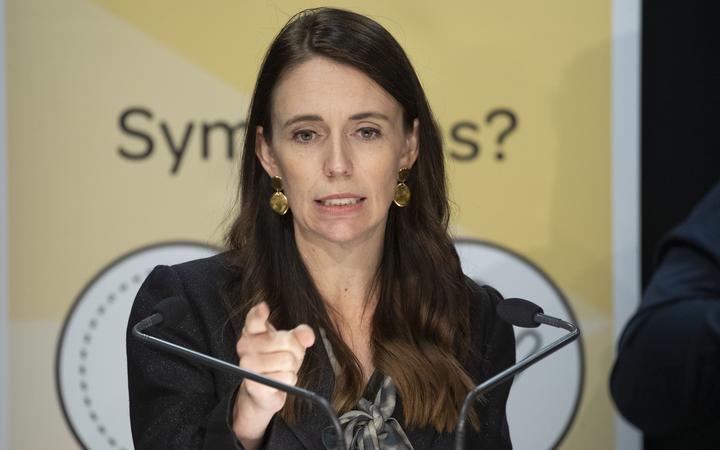 Prime Minister Jacinda Ardern began the week by playing her cautious card, announcing after a Cabinet meeting that the anticipated move to orange in the traffic light settings wasn't going to happen.

Her message was that we're doing well but it's not quite time to relax restrictions.

But while cases were dropping in Auckland, Wellington and Tairāwhiti regions like Canterbury, Northland and Waikato weren't experiencing the same decline.

Hospitalisations in some DHBs weren't expected to peak until mid to late April.

"I know there is an eagerness to move to orange but we are still frankly amid an outbreak and there is still pressure across our hospital network," she said.

Cabinet will next review the settings on Thursday 14 April just before Easter.

Newstalk ZB's political editor Barry Soper said people had thought the lights were about to change to orange but all they got was "a meaningless sermon".

He said Ardern had given "every indication" during her Monday morning round of media interviews that movement could be expected.

"Instead, the sermon sounded like the same script they have preached so many times before: We're not out of the woods yet, we don't want to spoil the gains we've made, it's better to be safe than sorry, our record speaks for itself," he said.

"This idea that we have to constantly tune in every two weeks to the podium to find out the latest edict that Cabinet's decided is deeply demoralising for people, and actually I think affected people's confidence and the overall response," he said.

The hospitality sector was the most upset. Restaurant Association chief executive Marisa Bidois said the decision not to move to orange was "a bitter disappointment" for the industry.

"Patronage continues to be down on previous years and whilst this is starting to pick up, the decision to stay in red will not do much to help consumer confidence," she said.

Ardern, responding to questions about consumer confidence during her press conference, said there was a flip side to the issue because restrictions made people feel safer and more likely to go out.

The government moved from dealing with the pandemic to dealing with Russia's war against Ukraine and the grim reports of atrocities. 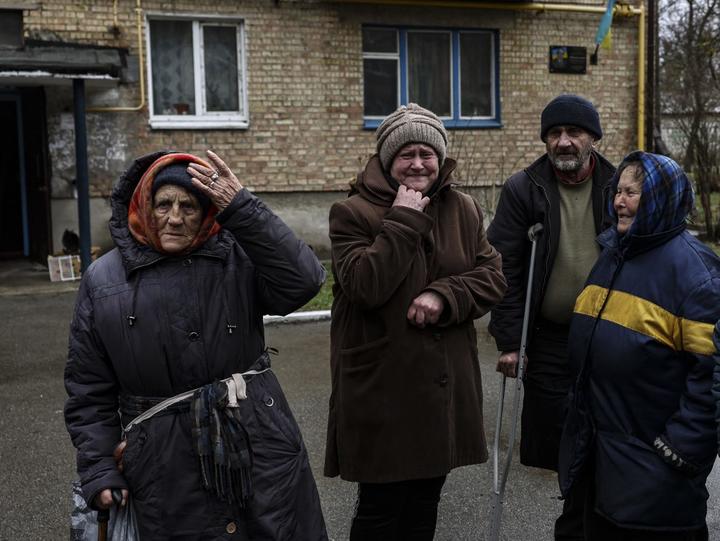 People cry outside their houses in Bucha, northwest of Kyiv, Ukraine. Photo: AFP or licensors

Ardern said reports of rapes and killings of civilians were "beyond reprehensible" and Russia had to answer to the world for what it had done.

She stopped short of calling Russian President Vladimir Putin a war criminal, saying it was up to the International Criminal Court to make that declaration.

National Party leader Christopher Luxon wasn't so reticent, RNZ reported. "Officially you've got to be prosecuted and convicted before you get labelled a criminal but I'd have to say the evidence is pretty compelling," he said.

"I would be comfortable calling him a war criminal."

National's Foreign Affairs spokesperson Gerry Brownlee again called for Russia's ambassador to be expelled, saying in a statement the government's actions so far had been "ineffective" and travel bans against Russian individuals were meaningless.

"To date, of the 488 individuals sanctioned, only 49 have been subject to asset freezes - an astounding 439 are only subject to travel bans which are currently meaningless as Russian nationals are not permitted into New Zealand until October when the border opens," he said.

Luxon, speaking on Morning Report, said New Zealand needed to be in lock-step with its allies.

On Wednesday, the government strengthened sanctions against Russia, slapping a 35 percent tariff on all imports and banning the export of products including information and communications technology and machinery.

Trade Minister Damien O'Connor told Morning Report on Thursday it was a very significant move for New Zealand to take.

"We've not imposed tariffs since the formation of the WTO and have campaigned very strongly internationally to remove tariffs and promote trade," he said.

"This is a reverse of that to try and put pressure on Russia of course to stop the war in Ukraine."

O'Connor said the consequences were that the price of fertiliser may go up and there could be a shortage of vodka. "Most of the companies will realise it's not economic to (to bring those products in) and they won't import from Russia."

Stuff quoted O'Connor as saying raising tariffs was technically easier than an outright ban, which the government could impose if necessary. "We don't think there will be anything coming in from Russia," he said. 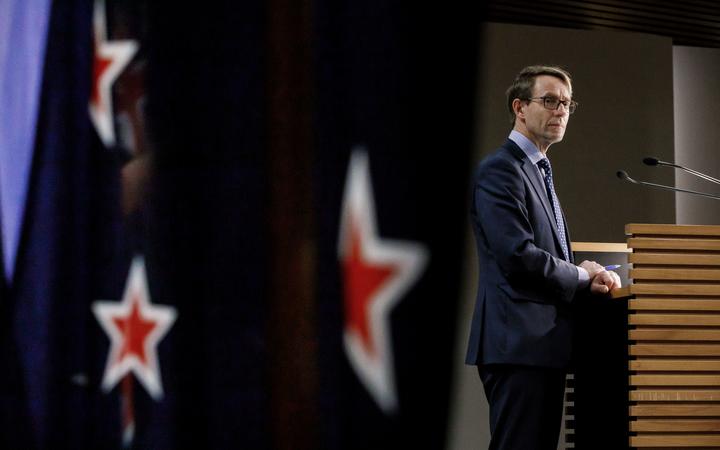 The announcement that Director-General of Health Dr Ashley Bloomfield had resigned briefly dominated the media this week.

It came on Wednesday, just before Bloomfield walked into the Beehive theatrette with Covid-19 Response Minister Chris Hipkins for a regular update press conference.

He was closely questioned on why he had decided to go after seeing the country through two years of the pandemic.

Bloomfield said the time was right. The response had entered a new stage and the country was in a good space. He admitted it had been stressful and said that had been a factor in his decision.

He will leave the position at the end of July, just as the new national health system starts, and he felt it was better for his successor to take over and see it through the transition.

Bloomfield will have served four years of a five-year contract, and Health Minister Andrew Little told Newshub's AM Show the director-general "just didn't have enough left" to take the ministry through major reforms.

Praise for Bloomfield poured in over the next 24 hours but it was also recognised that not everything had gone well.

"Fine servant, but far from perfect" was the headline on a Stuff editorial on Thursday.

"His legacy will land on the right side of the ledger: as an above average bureaucrat in the surrealist nightmare that is Covid-19," it said.

"But it wasn't perfect. Far from it. While there must be some leeway in navigating an unprecedented health emergency there were numerous times the ministry and, as its boss, Bloomfield, should have done better,"

The editorial said there was "the slapdash-looking government procurement of rapid antigen tests out of the hands of private orders, the unacceptably porous start to the MIQ buffer and the embarrassing overestimation of PCR testing capacity".

"It's widely viewed that Bloomfield did very well in very trying times, even before Covid hit," he said. "He inherited a basket case of a health ministry."

Cheng said results spoke for themselves, and New Zealand had kept the virus mostly at bay while most of the rest of the world burned. New Zealand's per capita death rate was the lowest in the OECD.

He said Bloomfield had to front failures in areas where the Beehive made demands and the ministry fell short.

"There was the testing debacle in 2020 when Cabinet declared all border-facing workers would be regularly tested, but nearly two months later most of them still hadn't been," Cheng said.

"There was the glacially slow pace to adopt saliva testing, build and stress-test contact tracing, and to share more information with Maori health providers."

Cheng said questions were asked about whether Bloomfield, an all-round nice guy, had "the managerial chops to bust heads when he needed to".

Bloomfield said he hadn't decided what he would do next, but gave a hint when he said he was "a public servant through and through".

Those were the big political events of the week while Parliament was sitting and getting on with its legislative agenda.

It will set up a new system for workers to negotiate minimum pay and working conditions across industries, the biggest shake-up of workplace relations since the Employment Contracts Act 1991.

It's in National's DNA to oppose a bill like this and workplace relations spokesperson Paul Goldsmith said his party would repeal it.

"It is about the government imposing mandatory union deals on Kiwi workplaces," he said. "Let's not make any bones about this; there's no choice about this, either for workers or business operators."

ACT was naturally in step with National. "This bill amounts to unionism by stealth and will simply make it tougher for businesses who have struggled to keep trading through a one-in-100-year pandemic," said workplace relations spokesperson Chris Baillie.

And we have a new public holiday. Matariki Day marks the beginning of the Māori New Year and the bill creating it was passed by Parliament this week.

The first Matariki Day holiday will be on 24 June this year.

Labour, the Greens and Te Paati Māori supported the bill. National and ACT opposed it, citing the cost to businesses and saying it should replace an existing public holiday.