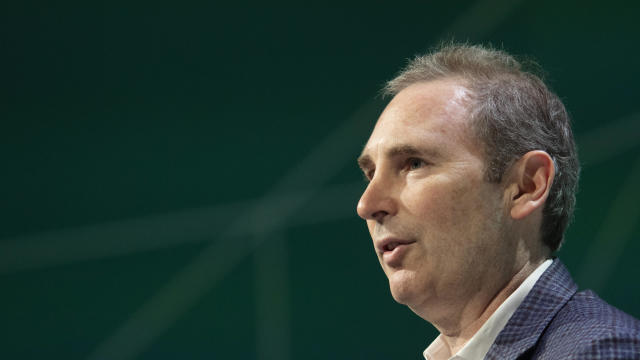 Amazon doesn't have a "silver bullet" to curtail the repetitive stress, strains and other injuries that plague its frontline workers, but the company is striving to improve safety, CEO Andy Jassy said on Thursday.
Jassy's pledge came in his first letter to shareholders since succeeding Amazon founder Jeff Bezos as chief executive, and only days after the release of a report that found nearly half of all injuries in U.S. warehouses last year happened at Amazon.
Amazon critics have raised concerns about the grinding physical toll and injury risks of working in one of its fulfillment centers. The company employs a third of U.S. warehouse workers, but is "responsible for nearly one-half (49 percent) of all injuries in the warehouse industry," according to the Strategic Organizing Center, a coalition of unions.
Amazon workers in the U.S. sustained more than 34,000 "serious injuries" on the job last year, a rate more than twice as high than at warehouses owned by other companies, the groups said.
Jassy acknowledged an increase in the number of injuries as tens of thousands of employees joined its workforce, but argued the rate at which its people got hurt were "little higher than the average of our warehousing peers," while somewhat lower among its couriers and delivery workers.
"But we don't seek to be average. We want to be best in class," wrote Jassy. Amazon has programs in place to help workers avoid repetitive-stress injuries, he said, adding, "We still have a ways to go."
Jassy's letter follows workers at a warehouse in New York City's Staten Island voting earlier this month to form a union — the first Amazon facility in the U.S. to take steps to organize.
In his final missive to shareholders last year, Bezos declared: "I think we need to do a better job for employees."
Amazon last year announced a $12 million, five-year pact with the National Safety Council to figure out ways to stop the most prevalent injuries in its warehouses.
source: https://www.cbsnews.com/news/amazon-worker-injuries-andy-jassy-unions/