The Dawn Service has been held at Anzac Cove at Gallipoli in Turkey. 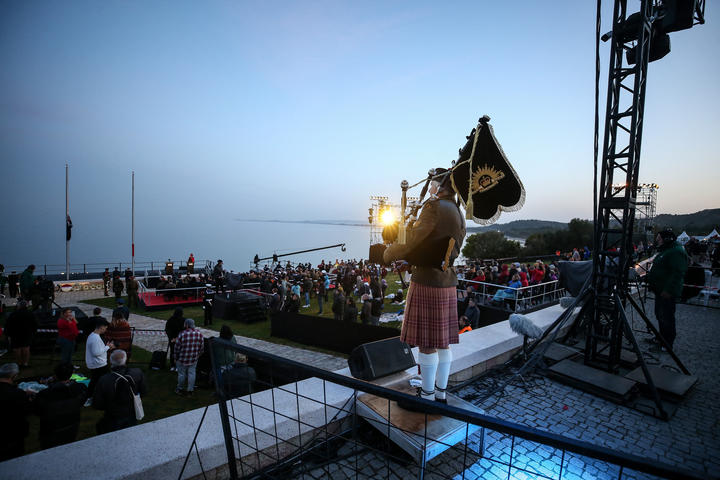 The Anzac Day dawn service at Anzac Cove in Turkey, in commemoration of the 107th anniversary of the battle on Gallipoli Peninsula. Photo: AFP/ Anadolu Agency

This year New Zealand is the ceremonial lead at the service at Anzac Cove. The formal ceremony has not been held for the last two years because of the pandemic.

Chief of Army, major general John Boswell said the impact of what happened at Gallipoli 107 years ago is embedded in the national memory of New Zealand and Australia.

"Today we walk in the footsteps of Australians and New Zealanders who have for more than a century returned to this special place to remember what happened here and to pay their respects.

"We continue to come because the passage of time does not erode the tragedy of what occurred at Anzac Cove, or the significance it has for both our nations." 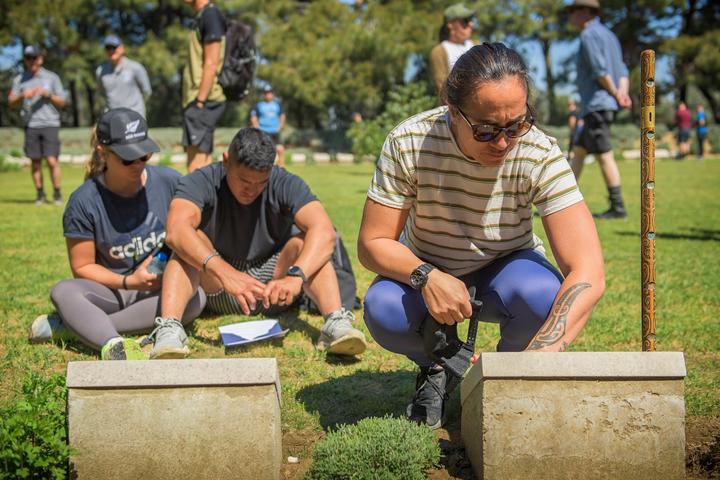 Current serving members of the NZ Defence Force were among those to attend the Anzac Day ceremony and to pay their respects, at Gallipoli peninsula. Photo: Supplied/ NZ Defence Force

Minister for Veteran Affairs Meka Whaitiri told those gathered at Gallipoli the senseless toll of war continues to inflict itself on communities throughout the world.

Whaitiri described all those who gallantly fought on the Gallipoli Peninsula 107 years ago as courageous.

"Gallipoli has a special place in New Zealand's history, it was an unparralleled human disaster for such a small and remote country, which touched every corner of our land." 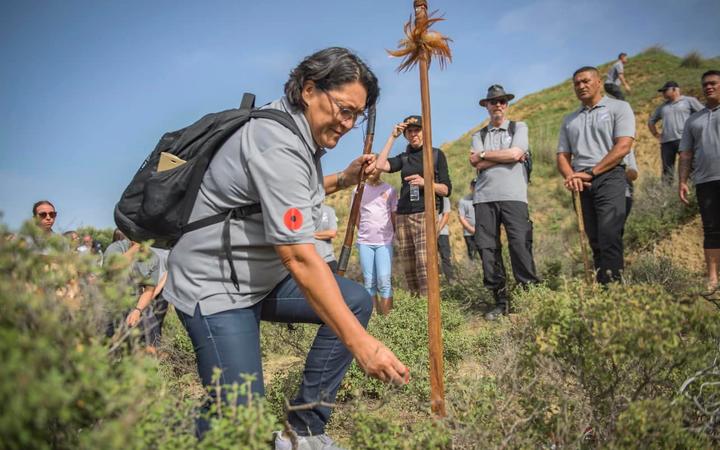 She toured the battlefields and cemetery yesterday.

"The Anzacs faced an enormous logistical challenge when they landed 107 years ago. Unforgiving terrain, lack of coordination across the allied forces, supply accessway issues and the sheer numbers and fortitude of the Ottoman Empire Army," she said.

"Despite those real challenges our Anzacs fought bravely and fought long. A continued sense of loss lingers for them and their whānau. Ka maumahara tātou ki a rātou. We will remember them."