Ukraine removes Hirohito from video showing him with Hitler and Mussolini 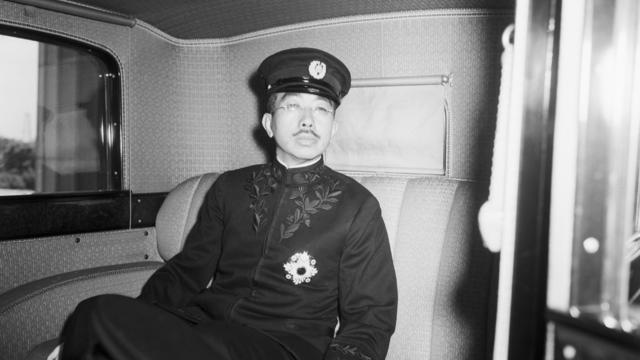 Tokyo — After Japan protested, Ukraine's government has apologized and removed a photo of Japanese wartime Emperor Hirohito from a video showing him with Adolf Hitler and Benito Mussolini, officials said Monday.
Japan will continue to support Ukrainians who are defending their country from Russia's invasion despite the "completely inappropriate" portrayal of Hirohito, Deputy Chief Cabinet Secretary Yoshihiko Isozaki said.
The video, posted by the Ukrainian government on Twitter on April 1, criticized Russia's invasion as "rashism." Underneath the photos of the three World War II-era leaders were the words "Fascism and Nazism were defeated in 1945."
Japan fought World War II in the name of Hirohito, who was revered as a god until he renounced his divinity after Japan's defeat. Historical evaluations of his role in the war remain divided. He is known posthumously in Japan as Emperor Showa.
"Portraying Hitler, Mussolini and Emperor Showa in the same context is completely inappropriate," Isozaki told reporters. "It was extremely regrettable."
Isozaki said Japan lodged a protest and demanded the removal of the emperor's image, which Ukraine has done.
"Our sincere apologies to Japan for making this mistake," the Ukrainian government tweeted Sunday. "We had no intention to offend the friendly people of Japan."
Ukraine Ambassador to Japan Sergiy Korsunsky also apologized in a tweet Monday, saying the creator of the video lacked an understanding of history.
Hirohito's son, former Emperor Akihito, devoted his reign to atoning for the impact of the war in and outside Japan.
The video has been replaced with one without Hirohito's photo, but many Japanese on social media continued to criticize the original as an insult and said Japan should stop supporting Ukraine. Others said Hideki Tojo, the Japanese wartime prime minister who was later convicted of war crimes and hanged, would have been a better choice than Hirohito for the video.
Some, however, raised concern that Japan's demand that the video be revised was censorship and said Ukraine's concession set a bad precedent that would embolden Japanese conservatives to further rewrite Japan's wartime history.
Japan has worried that Russia's invasion of Ukraine could have an impact in East Asia, where China's military has grown increasingly assertive and has threatened to unite with Chinese-claimed Taiwan by force if necessary. Japan has tried to play a greater role as part of the Group of Seven industrialized nations in response to the invasion, joining a series of sanctions against Moscow and providing support for Ukraine in line with other members.
Japan provided $300 million for Ukraine and neighboring countries that have accepted displaced Ukrainians, and has also accepted hundreds of evacuees since Russia's invasion in late February.
source: https://www.cbsnews.com/news/ukraine-russa-war-hirohito-hitler-mussolini-video/