GOP lawmakers want to punish Citi over its abortion benefits 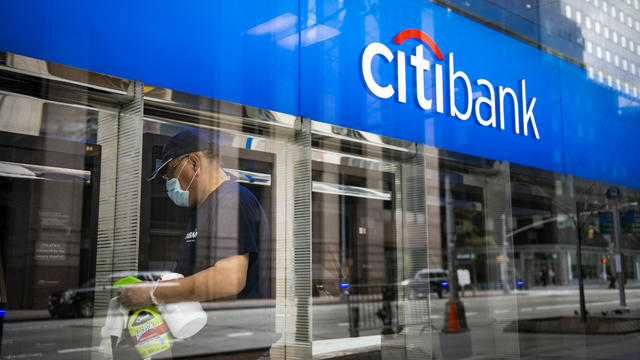 Dozens of Republican lawmakers are urging the U.S. to cancel government contracts with Citigroup after the banking giant offered to pay the travel costs for employees seeking abortions.
Citi, the nation's fourth-largest bank, provides credit cards to members of the House of Representatives to pay for flights, office supplies and other goods. Rep. Mike Johnson and 44 other lawmakers are urging House Chief Administrative Officer Catherine Szpindor to cancel the contract, arguing the legislative branch has long adhered to a policy of not funding abortions with taxpayer money.
"By offering to pay its employees in their efforts to terminate the lives of the unborn, Citi has forfeited its privilege of doing business with the House of Representatives," the Louisiana lawmaker and fellow Republicans wrote in an April 5 letter to Szpindor.
Controversy over Citi's abortion stance highlights the intense focus on companies' policies on hot-button issues. Florida's Republican governor, Ron DeSantis, is feuding with The Walt Disney Co. over its opposition to a state law curtailing gender and sexual education in schools. And in Texas, companies including Apple, Alphabet, Johnson & Johnson, Macy's and REI recently condemned an order by Gov. Greg Abbott that equated gender-affirming health care for transgender teenagers to child abuse.
Citigroup added the travel benefit decried by Republicans to its workplace offerings after several states enacted restrictive reproductive health care laws. Texas now bans most abortions after six weeks, effectively outlawing the procedure in the state. The chairman of the Republican Party of Texas last month urged Republicans to not use Citi's services.
Citi disclosed the new policy in a regulatory filing with the U.S. Securities and Exchange Commission on March 15. The bank stated: "In response to changes in reproductive health care laws in certain states in the U.S., beginning in 2022 we provide travel benefits to facilitate access to adequate resources."
A spokesperson for Citi declined to comment, while a spokesperson for Szpindor's office did not respond to a request for comment.
Many major corporations have for year offered to cover the costs of workers getting an abortions. Citi's new policy echoes those of other companies including Apple and Hewlett Packard that help cover travel to other states for medical procedures.
Citi's new policy was adopted under the leadership of CEO Jane Fraser, the first woman to lead the bank or any major Wall Street firm. But other corporations have also said in recent months they'd help employees in states with restrictive abortion laws.
Salesforce CEO Marc Benioff in September said the company will aid employees who want to leave Texas because of the state's abortion restrictions. And the chief executive of Dallas-based Match Group, Shar Dubey, set up a fund to help any of the company's Texas workers who may need to travel out of state for the procedure.
source: https://www.cbsnews.com/news/abortion-citi-republicans-bank/