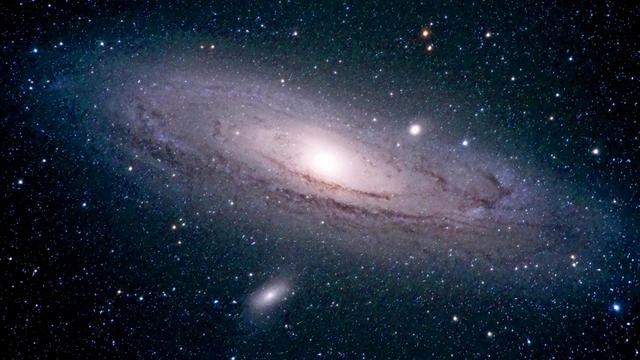 The U.S. Space Command announced this week that it determined a 2014 meteor hit that hit Earth was from outside the solar system. The meteor streaked across the sky off the coast of Manus Island, Papua New Guinea three years earlier than what was believed to be the first confirmed interstellar object detected entering our solar system.
Dr. Amir Siraj and Dr. Abraham Loeb of the Department of Astronomy of Harvard University wrote a paper about the meteor, U.S. Space Command says. However, the scientists had trouble getting paper published, because they used classified information from the government.
6/ “I had the pleasure of signing a memo with @ussfspoc’s Chief Scientist, Dr. Mozer, to confirm that a previously-detected interstellar object was indeed an interstellar object, a confirmation that assisted the broader astronomical community.” pic.twitter.com/PGlIOnCSrW
A classified U.S. government satellite designed to detect foreign missiles witnessed the fireball, Siraj writes in Scientific American Magazine. The meteor was unusual because of its very high speed and unusual direction – which suggested it came from interstellar space.
The meter-sized rock streaked through the sky and rained debris into the depths of the Pacific Ocean, and the Department of Defense and NASA added the meteor to a public database. Siraj said the database, which holds information for more than 900 other fireballs recorded between 1988 and the present, caught his attention.
Researchers originally believed the first interstellar object detected in our solar system was discovered in October 2017. That object, 1I/'Oumuamua, was on its way out of the solar system when it was discovered, so researchers didn't have much time to study it. It was described as a "giant pink fire extinguisher" shape and was spotted by the Pan-STARRS telescope in Hawaii.
Siraj and Loeb were about eight months into their study of 'Oumuamua, but realized after just days of looking at the database, the 2014 Manus Island fireball could be an earlier interstellar meteor.
Any space object traveling more than about 42 kilometers per second may come from interstellar space. The data showed the 2014 Manus Island fireball hit the Earth's atmosphere at about 45 kilometers per second, which was "very promising" in identifying it as interstellar, Siraj said.
After more research and help from other scientists, including classified information from the government about the accuracy or level of precision of the data, Siraj and Loeb determined with 99.999% certainty the object was interstellar. But their paper on the finding was being turned down, because the pair only had a private conversation with an anonymous U.S. government employee to confirm the accuracy of the data.
However, their paper got into the right hands. Matt Daniels, who at the time was working for the Office of the Secretary of Defense, read the paper and helped the researchers get an official confirmation from the government.
Lt. Gen. John Shaw, deputy commander of U.S. Space Force, and Joel Mozer, chief scientist of the branch's Space Operations Command wrote a letter to a NASA scientist confirming Siraj and Loeb's findings.
"Three years after our original discovery, the first object originating from outside of the solar system observed to strike the Earth—the first known interstellar meteor—has officially been recognized," Siraj writes. He and Loeb are resubmitting the paper for publication now that the discovery is officially confirmed, he told CBS News via email.
The second interstellar object detected in our solar system was discovered from the MARGO observatory in Crimea, Ukraine in 2019. It was later named  "2I/Borisov" after amateur astronomer Gennady Borisov who built the telescope himself and observed the comet.
Caitlin O'Kane is a digital content producer covering trending stories for CBS News and its good news brand, The Uplift.
source: https://www.cbsnews.com/news/first-interstellar-meteor-to-hit-earth-solar-system-space-command/