After 16 years, the chair of the Te Arawa Lakes Trust, Sir Toby Curtis, has decided to step down. 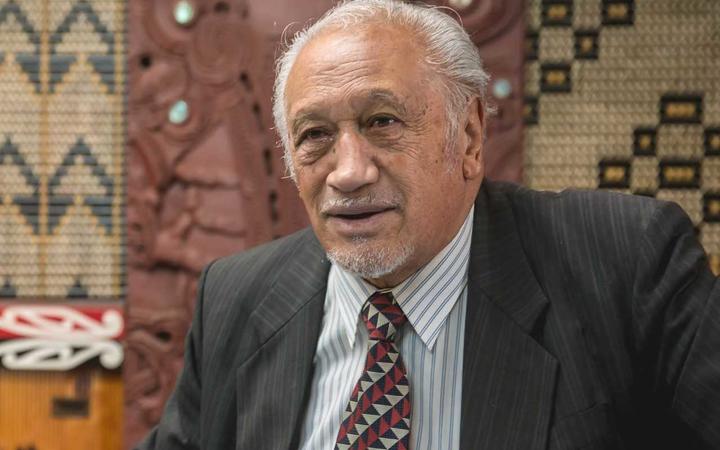 Tā Toby (Ngāti Pikiao, Ngāti Rongomai) is the inaugural chair of the trust, which was formed in the wake of the Te Arawa Lakes Settlement in 2006.

The trust is in charge of looking after the 14 lakes in the Rotorua area, but also the assets of Te Arawa and promoting the wellbeing of its whānau.

But having seen the lakes' health improve and the asset base grow, Tā Toby, who is 82, has decided to stand aside.

"As we near the centenary of the establishment of the Te Arawa Trust Board - which worked tirelessly to negotiate our lakes settlement with the Crown - and with the Trust moving into an exciting programme of development, it is the right time to hand on the rākau," he said in a statement.

Since the settlement, Tā Toby said the trust had transitioned to a whole new level.

"Keeping our cultural values framework, Te Tūāpapa o ngā wai o Te Arawa, at its heart, the Trust has continued to fulfil its lakes settlement mandate in terms of supporting the recovery and wellbeing of our lakes," he said.

"This has manifested in a range of different environmental kaupapa, including with the Trust now taking on many of the contracts relating to this mahi itself."

That, he said, had created many jobs and initiatives for whānau, particularly when the Rotorua region was hard-hit by the coronavirus pandemic. But it was also allowing a greater mātauranga lens to be applied to the health of the lakes and the surrounding Te Arawa rohe.

"The Trust's responsibility is much bigger than the environment, with our purpose including advancing wider educational, spiritual, economic, social and health outcomes for Māori.

While he is stepping down, Tā Toby's retreat will be gradual. He will remain on the board to support the transition, he said, and the board will take its time to come up with a succession plan.

In the meantime, deputy Geoff Rolleston will take over as interim chair until a permanent appointment is made.

"Nobody will ever be able to fill the shoes of Tā Toby - nor should we ever seek to try," Rolleston said.

"We have built strong capability around the Board table and across the Trust, and we are well equipped to continue this mahi - which has never been more important."

Before his role with the Lakes Trust, Tā Toby was a longtime educator and academic, renowned for his support of Māori education and language revitalisation.