Trump held in contempt by New York court over documents

A New York judge held former president Donald Trump in contempt of court for not producing documents subpoenaed in the state attorney general's civil probe of his business practices, and ordered Trump to be fined $10,000 per day until he complies. 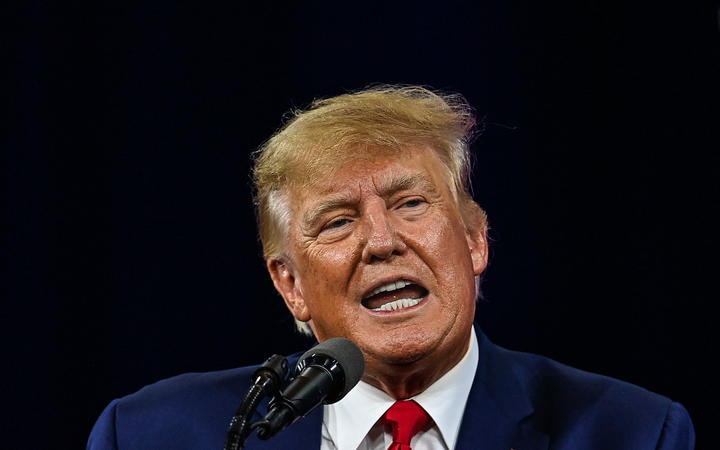 Trump lost a bid to quash a subpoena from state Attorney General Letitia James, then failed to produce all the documents by a court-ordered 3 March deadline, later extended to 31 March at his lawyers' request.

Justice Arthur Engoron ruled that a contempt finding was appropriate because of what the judge called "repeated failures" to hand over materials and that it was not clear Trump had conducted a complete search for responsive documents.

"Mr Trump I know you take your business seriously, and I take mine seriously. I hereby hold you in civil contempt," the judge said, although Trump himself was not in the courtroom.

Should Trump fail to pay the fine, he could be jailed under a New York state provision allowing judges to imprison people who violate contempt orders, according to Sarah Krissoff, a partner at law firm Day Pitney, though she said that such a scenario was unlikely and the judge could opt for other remedies.

James is investigating whether the Trump Organization, the former president's New York City-based family company, misstated the values of its real estate properties to obtain favourable loans and tax deductions.

Trump, a Republican, denies wrongdoing and has called the investigation politically motivated. James is a Democrat.

Alina Habba, a lawyer for Trump and the company, said at the hearing that James' investigation was a "fishing expedition" and that the Trump Organization was "right on schedule" with its production of documents.

"This is a political crusade," Habba said. "The attorney general's investigation has seemingly become aimless."

In arguing for the $10,000 daily fine during the hearing, Andrew Amer, special litigation counsel with the attorney general's office, said the fine was meant to coerce Trump into complying with the documents, not punish him.

James has said her probe had found "significant evidence" suggesting that for more than a decade the company's financial statements "relied on misleading asset valuations and other misrepresentations to secure economic benefits."

The attorney general has questioned how the Trump Organization valued the Trump brand, as well as properties including golf clubs in New York and Scotland and Trump's own penthouse apartment in Midtown Manhattan's Trump Tower.