Professor awarded $400,000 after being disciplined over wrong pronouns 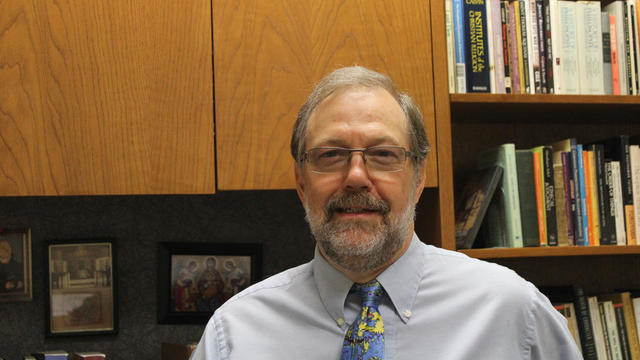 A Shawnee State University professor who was disciplined for using the wrong pronouns when addressing a transgender student is being awarded $400,000 after a lawsuit against the university.
Nick Meriwether, a philosophy professor at the Ohio school, declined to use she/her pronouns to refer to a transgender woman, according to a press release from Alliance Defending Freedom, a legal organization that focuses on religious freedom and free speech cases and represented Meriwether.
Meriwether responded to the student during classes by saying, "Yes, sir." The student asked him after class to use she/her pronouns when addressing her, but Meriwether said no. The student filed a complaint and the university launched an investigation, according to a press release from the alliance.
Meriwether offered to use the student's name, but not pronouns or titles. The university ruled he should use the correct pronouns, which the professor argued "speak contrary to his religious convictions and philosophical beliefs."
The university determined "he effectively created a hostile environment" for the student and placed written warning in his personnel file, threatening "further corrective actions," according to the alliance.
The professor filed a lawsuit against university officials, which they tried to have dismissed. In 2021, the U.S. Court of Appeals for the 6th Circuit ruled in favor of Meriwether, reversing a district court's dismissal of his suit, according to the alliance.
The court ruled Shawnee State officials had violated Meriwether's free speech rights when they took action.
The alliance announced last week a settlement with Shawnee State has been reached. As part of the settlement agreement, the university will pay $400,000 in damages and Meriwether's attorneys' fees and they will also rescind the written warning issued in June 2018. After the settlement was reached, Meriwether's attorneys filed a voluntary dismissal of the case.
The university did not immediately respond to a CBS News inquiry.
Caitlin O'Kane is a digital content producer covering trending stories for CBS News and its good news brand, The Uplift.
source: https://www.cbsnews.com/news/professor-nick-meriwether-400000-pronouns-transgender-student-shawnee-state-ohio/