The backers of a new wind energy project off the Taranaki coast believe the eyewatering costs of their technology will come down by the time work starts - that is if it goes ahead. 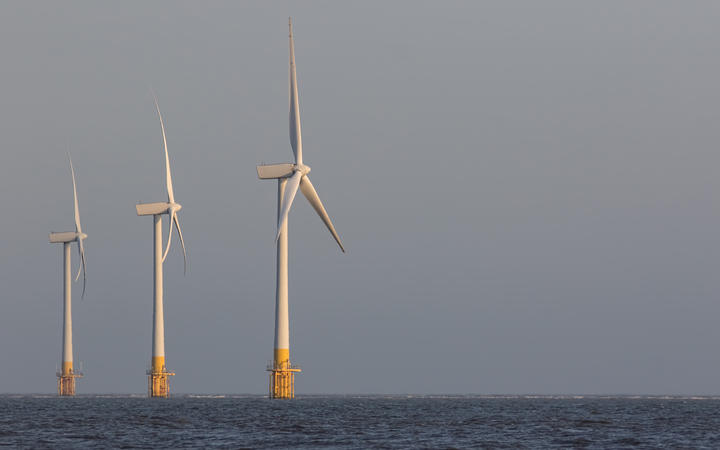 The New Zealand Super Fund and a Danish investment firm are investigating the feasibility of a $5 billion, one gigawatt offshore wind farm, with the hope of it coming online by the end of the decade.

It came under fire last week from an investment analyst, who says it will not work due to the cost and size of the project, and as onshore wind is cheaper.

However, Giacomo Caleffi from Copenhagen Infrastructure Partners, said the energy landscape will be different by 2030.

"Offshore wind prices in general throughout the world have been decreasing quite dramatically in the last few years and we expect that trend to continue, so offshore wind is becoming cheaper worldwide," he said.

However, Caleffi accepted onshore wind is the way to go in New Zealand for a few years yet.

"But I think it's important to realise that New Zealand has had a long pipeline of onshore wind for quite a while and not all the projects have gone ahead.

"Some of the constraints there are related to land use."

Caleffi said as the easier onshore wind spots get developed, the ones that are left will likely become more expensive.

He said towards the end of the decade, the cost of developing the two technologies "might converge".

The two technologies should also be seen as two different products, Caleffi said.

"Onshore and offshore don't necessarily produce at the same time, the scale is different."

In response to the other criticism that the project would be too big (1 GW is enough to power more than 650,000 homes), Caleffi said it would be needed by the time the project is up.