The Chiefs have eventually fought off the Waratahs to win the first trans-Tasman match of the Super Rugby Pacific season. 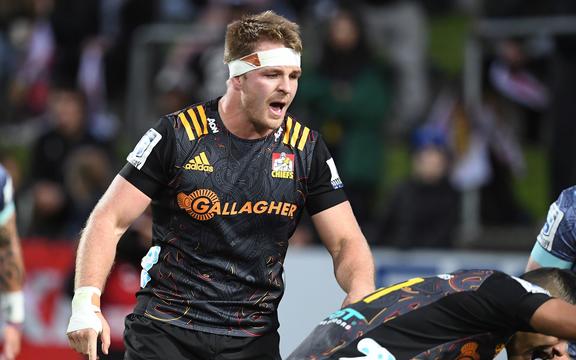 Four tries to Jonah Lowe helped the Chiefs to a 51-27 victory in Melbourne on Friday night.

The final margin, though, belied how hard the New Zealand side were made to work for their bonus-point win.

An early red card to prop Angus Bell for a tip tackle on Chiefs captain Sam Cane and a yellow card soon after for centre Jamie Roberts allowed the Chiefs to open up a 22-3 lead.

But when the New South Wales outfit were restored to 15 men, they hit back with two tries of their own.

A third early in the second half left them trailing by just three points with half-an-hour to play.

However, the Chiefs were able to finish strong, Lowe going in for three tries in the closing stages to wrap up their sixth win of the season.