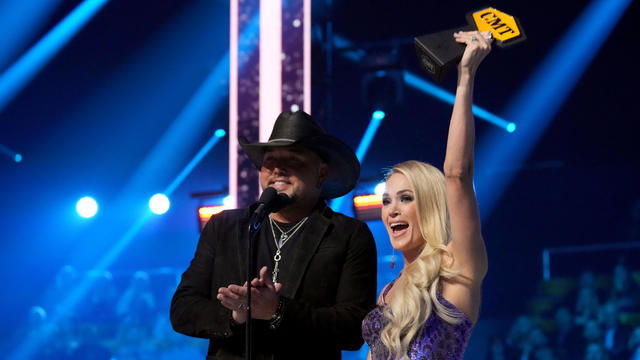 The 2022 CMT Awards aired Monday night on CBS for the first time ever. The fan-voted award show was hosted in-person by Kane Brown, who also received the most nominations this year with four, and actor Anthony Mackie. Brown stepped in after Kelsea Ballerini tested positive for COVID-19. Ballerini, who was up for three awards, co-hosted the show and performed from her home.
The show, which was broadcast from Nashville, Tennessee, featured performances from legendary mother-daughter duo Wynonna and Naomi Judd, along with Kenny Chesney, Jimmie Allen, Cody Johnson, Old Dominion and more of country music's biggest stars.
The complete list of winners and nominees is below:
source: https://www.cbsnews.com/news/cmt-music-awards-2022-winners-nominees/