Man may have committed sexual assault in at least 6 states, police say 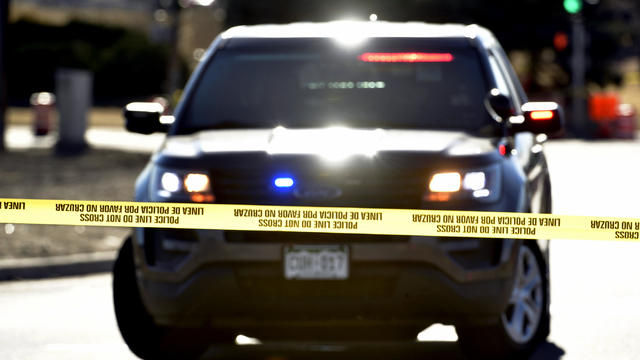 Police in Colorado say a man arrested last month in connection with two sexual assaults may also have committed assaults in at least five other states over the last decade. Demetrius Wooden, 34, was arrested in Grandview, Missouri, on March 21, and soon after extradited to Colorado, where police suspect he committed sexual assaults in June and September 2021.
The September assault allegedly occurred after a concert at a stadium in Commerce City, Colorado, CBS Denver reports. The June incident allegedly took place about four miles away in Denver's Gateway neighborhood.
In an April 11 press release, the Denver Police Department said detectives think Wooden "may have committed additional sexual assaults in various states during the past 10 years, to include, Florida, Georgia, Texas, Missouri, Minnesota and the mid-western states. He may have also been in additional states."
Detectives are seeking information from the public, and the investigation is ongoing.
PLEASE SHARE: ADDITIONAL VICTIMS POSSIBLE Below please find a press release issued by the Commerce City Police...
Police did not release details about the additional crimes for which Wooden is suspected. He is being held on $70,000 bond, according to jail records.
Graham Kates is an investigative reporter covering criminal justice, privacy issues and information security for CBS News Digital. Contact Graham at [email protected] or [email protected]
source: https://www.cbsnews.com/news/demetrius-wooden-may-have-committed-sexual-assaults-in-at-least-6-states-police-say/