Hat-tricks and protests at Old Trafford 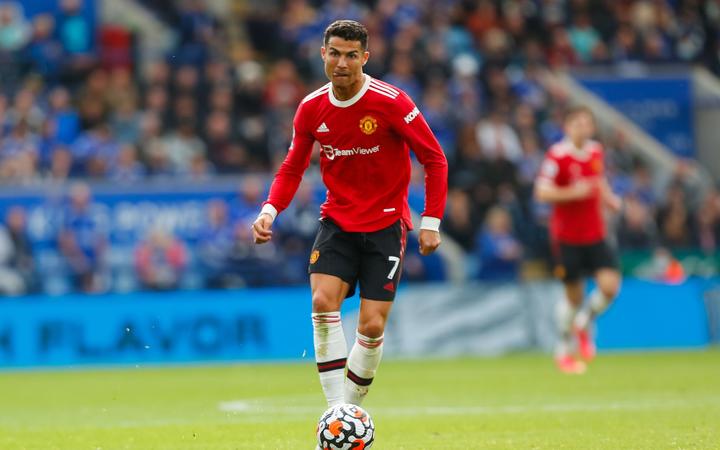 Cristiano Ronaldo scored all of Manchester United's goals in the win over Norwich City. Photo: PHOTOSPORT

With Tottenham Hotspur losing 1-0 at home to Brighton & Hove Albion the door was open for United to close on the Champions League qualification places with victory over bottom side Norwich and they just about took advantage.

A first-half double from veteran striker Ronaldo seemingly put the hosts on course for a comfortable win in the sunshine, with Norwich struggling to keep pace.

However, Kieran Dowell's goal out of nowhere in first-half stoppage time got the visitors back in the contest, before Finnish forward Teemu Pukki completed the Norwich comeback to stun Old Trafford into silence seven minutes after the break.

Fans who protested against the club's owners ahead of the match were singing "you're not fit to wear the shirt" in the second half as their team were second best to a team seven points adrift of the Premier League safety zone.

United's France midfielder Paul Pogba was booed by his own fans as he was substituted before Ronaldo stole the show once again with a sensational winner 14 minutes from time to drag United out of the mire once more.

The win, United's first in four games in all competitions, moved them above Arsenal, who lost 1-0 at Southampton, into fifth on 54 points from 32 matches, with Spurs now just three points in front. Norwich stay bottom on 21 points.

Thousands of fans protested outside the stadium before the match against the Glazer family ownership, chanting "get out of our club", among other things, with many not inside to see Ronaldo break the deadlock seven minutes in.

Young winger Anthony Elanga did the leg work, winning the ball off Norwich defender Ben Gibson before squaring for Ronaldo to net his first goal in five games for club and country.

A trademark Ronaldo leap from an Alex Telles corner in the 32nd minute doubled the home side's lead, as all was well inside Old Trafford.

Dowell's first-ever Premier League goal on the cusp of halftime on the end of a Pukki pass did not seem like it was going to derail United, but their second-half showings this term have often been their undoing, and sure enough, Pukki was then left all alone to level.

Home goalkeeper David de Gea was then forced into a fine save to deny Milot Rashica as Norwich pressed to really cause uproar at Old Trafford, with fans turning on the players.

One player has been immune to fan criticism, and for good reason, as against the run of play, Ronaldo arrowed his 21st goal of the season past Tim Krul to win it for United to revive their hopes of securing a top-four finish.

Meanwhile, Brentford defender Pontus Jansson scored in added time as they secured a 2-1 victory over Watford at Vicarage Road for their third straight win that piled the pressure on their relegation-threatened hosts.

Swede Jansson powerfully headed in the winner following a free kick, shortly after Watford's Imran Louza had missed from point-blank range at the other end, to spark wild celebrations among the away supporters.

Brentford's victory followed their 4-1 thumping of Chelsea and a 2-0 victory over West Ham United last weekend and meant that they had sealed three straight league victories for the first time in the top flight since September 1946.