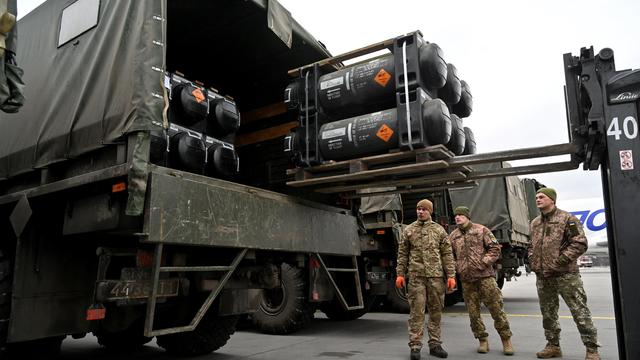 Russia has sent a formal diplomatic note to the Biden administration warning the U.S. against further arming Ukraine, two officials tell CBS News.
The note, sent to the State Department, revealed Moscow's irritation with President Biden's decision to continue to approve arms transfers as the conflict shifts to eastern Ukraine. It used the same type of language Russia has been using for some time to object to Western efforts to bolster the Ukrainian military against the invading Russian forces.
Secretary of State Antony Blinken has previously described the strategy as part of a plan to increase Kyiv's leverage at the negotiating table, in an effort to eventually find a negotiated end to the conflict. The Washington Post first reported the diplomatic note from Russia to the U.S., and quoted Russian officials as saying the weapons shipments could bring "unpredictable consequences."
The note comes as President Biden approved this week an expansion of the type of military assistance that the U.S. provides to Ukraine, including $800 million worth of arms including artillery such as medium-range howitzers that can prove useful in this next phase of the conflict in eastern Ukraine.
"We won't confirm any private diplomatic correspondence," the State Department said in a statement to CBS News. "What we can confirm is that, along with allies and partners, we are providing Ukraine with billions of dollars worth of security assistance, which our Ukrainian partners are using to extraordinary effect to defend their country against Russia's unprovoked aggression and horrific acts of violence."
The U.S. has provided a total of $2 billion in military assistance to Ukraine since President Biden took office, according to the White House. The most recent round of assistance this week includes 800 Stinger anti-aircraft missiles and 2,000 Javelins, and 155-mm howitzers, an improvement to Ukraine's long-range artillery that will help them go toe-to-toe with Russia. Last month, Congress approved $13 billion in security assistance to Ukraine, which the White House may continue to tap into for further aid allocations.
"You know, we won't be able to advertise every piece of security we give because our allies and partners are supplying to Ukraine through us, but advanced weapons and ammunition are flowing in every single day," Mr. Biden said last week during a speech to North America's Building Trades Unions Legislative Conference.
Ukrainian President Volodymyr Zelenskyy told CNN in an interview Friday that the world should be prepared for the possibility that Russian President Vladimir Putin could use tactical nuclear weapons against Ukraine. Russia has now been at war in Ukraine for 50 days.
Margaret Brennan is moderator of CBS News' "Face The Nation" and CBS News' senior foreign affairs correspondent based in Washington, D.C.
source: https://www.cbsnews.com/news/russia-warns-us-arming-ukraine/